The musical Irma La Douce is presented at The Alvin Theatre, Broadway, New York City, USA during a total of 524 Broadway performances.
PermaLink 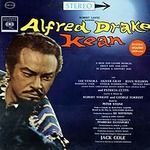 The musical Kean, based on the life of 18th Century Shakespearean actor Edmund Kean, is playing at The Broadway Theater, New York City, USA, during a run of 92 performances.
PermaLink

Musical comedy The Gay Life is presented at The Shubert Theater, Broadway, New York City, USA, during a run of 113 performances.
PermaLink

Duke Ellington And His Orchestra are playing during a 17-night engagement at Basin Street East, New York City, USA. Also on the bill is Gloria Lynne, with her trio led by Earl May.
PermaLink 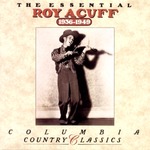 Roy Acuff is undertaking a one-month tour of Spain, Europe, and Morocco, Africa, where he is performing for American troops, sponsored by the United Service Organizations.
PermaLink

Sarah Vaughan is playing during a three-week engagement at the My Fair Lady club in Chicago, Illinois, USA.
PermaLink 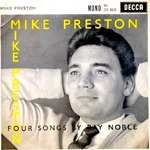 Mike Preston, Doug Sheldon, The Ken-Tones and Harry Robinson's Band perform live in the BBC Light Programme radio show The Robinson Crew Show in London, England, UK, Europe.
PermaLink
Cliff Richard has a recording session at EMI's Abbey Road Studios, London, England, UK, Europe, during which he records Do You Want To Dance (aka Do You Wanna Dance?) and Since I Lost You.
PermaLink 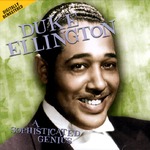 Although Duke Ellington and his Orchestra are currently playing during a residency at Basin Street East, New York City, USA, they also manage to fit in an appearance at The Radio And Television Executive Society Christmas Party in The Hotel Roosevelt, New York City, USA.
PermaLink 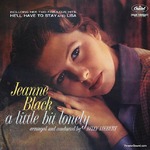 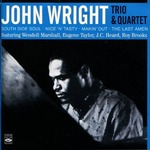 John Eacott, who will play trumpet in the 80s band Roman Holliday, is born in Reading, Berkshire, England, UK.
PermaLink

Carmen McRae records Summer Song, Easy As You Go and other tracks for Columbia Records in New York City, USA. She is backed for this session by The Dave Brubeck Quartet.
PermaLink
Dean Martin records My One And Only Love, I Wish You Love and I Love You Much Too Much for Capitol Records at 1750 North Vine Street, Hollywood, Los Angeles, California, USA.
PermaLink
Jazz trumpeter Kenny Dorham's Quintet plays a live gig in Copenhagen, Denmark, Europe, which is recorded and will be eventually released as a live album, Short Story, on Steeple Chase Records.
PermaLink

The Swinging Blue Genes [later to become The Swinging Blue Jeans], and Gerry And The Pacemakers, play an evening show at The Cavern Club, Liverpool, England, UK, Europe.
PermaLink
Connie Hall, with producer Owen Bradley, records I Reserve The Right, Half The Time and Yes There's A Reason in Bradley Film and Recording Studio, 804 16th Avenue South, Nashville, Tennessee, USA. Backing vocals on the session are provided by The Jordanaires.
PermaLink

Cliff Richard records performances of The Young Ones and I Wake Up Cryin' for the ATV show All Kinds Of Music in the UK. the show will be broadcast on December 26.
PermaLink 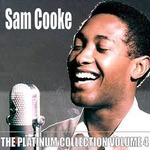 A son, Vincent Cooke, is born to Sam Cooke and his wife Barbara, in Los Angeles, California, USA.
PermaLink
.. Next ..