Random selection from around 250 Facts
Click to filter results

Phil Spector's father, Benjamin, commits suicide by inhaling carbon monoxide fumes in his car, because of insurmountable debt problems. Written on his tombstone will be the words, To Know Him Was To Love Him, prompting Phil to write the song To Know Him Is To Love Him which he will record a decade later with The Teddy Bears, giving him his first hit single.
PermaLink
Steven 'Jesse' Bernstein is born in Los Angeles, California, USA. He will find a measure of fame as an underground writer and performance artist, best-known for his recordings with Sub Pop Records and his close relationship with William S. Burroughs. Bernstein's substance abuse issues and mental illness will ultimately result in his suicide.
PermaLink
Frank Sinatra publicly denies a widespread rumour that he attempted suicide at Lake Tahoe with an overdose of sleeping pills after a fight with his wife, Ava Gardner.
PermaLink
Alan Turing, widely considered the father of computer science and artificial intelligence, commits suicide at his home in Wilmslow, Cheshire, UK. A post-mortem examination establishes the cause of death as cyanide poisoning. When his body was discovered, an apple lay half-eaten beside his bed, and this was believed to be the means by which the fatal poison was consumed. The song The Apple [2013] on the album The Big Other by Fiction, is about Turing, who had been horrifically persecuted for his homosexuality.
PermaLink 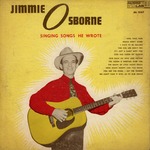 With his career in decline, rock'n'roll musician and songwriter Jimmy Donley dies aged 33, having committed suicide by asphyxiating himself with his car's exhaust fumes, in Long Beach, Harrison County, Mississippi, USA.
PermaLink

Don Drummond, saxophonist with influential ska/reggae band The Skatalites, dies in Bellevue Hospital, Jamaica, Caribbean, aged 37. He had been committed to the hospital as insane, and his death (controversially) will be listed as a suicide.
PermaLink
◄ ►
Diane Linkletter commits suicide by jumping out of her tenth-story apartment window in Shoreham Towers, West Hollywood, Los Angeles, California, USA. Her father, tv personality Art Linkletter, blames Diane's death on a bad LSD trip and begins a high-profile campaign against the drug and its users, publicly blaming acid guru Dr. Timothy Leary. A toxicology test conducted by the Los Angeles Coroner's Office will subsequently determine that Linkletter had no drugs in her system on the day she jumped, and that she died from "multiple traumatic injuries". Her death will inspire Bobby Darin to write and record the song Baby May.

PermaLink
Edie Sedgewick, an actress and fashion model who became an Andy Warhol 'superstar', dies aged 28 in her sleep, at her home in Santa Barbara, California, USA. The coroner will rule her death as "undetermined/accident/suicide", and her death certificate will describe the immediate cause as "probable acute barbiturate intoxication" due to ethanol intoxication. Inspired by Sedgewick's tragic life and death, The Adult Net will release the single, Edie, in 1985 on Beggars Banquet Records in the UK.
PermaLink

Malinda Gayle McCready is born in Fort Myers, Florida, USA. She will find success as country singer Mindy McCready but, after a toubled life, she will commit suicide in 2013.
PermaLink 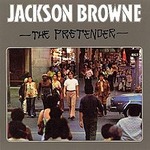 Jackson Browne begins recording sessions for his fourth album, The Pretender, with producer Jon Landau. The sessions will, however, be abandoned on the 25th when Browne's wife Phyllis Major commits suicide.
PermaLink

The Clash play at The Apollo, Glasgow, Scotland, UK, Europe, supported by Suicide. During Suicide's set, a fan throws an axe at Alan Vega's head.
PermaLink
Read More
Rock'n'roll vocalist Larry Williams, famed for hits like Bonie Moronie and Short Fat Fannie, dies, five days after being found dying of a gunshot wound in his Los Angeles, California, USA, home. Friends insist that he was the victim of an assassination by an organized crime syndicate, but a verdict of suicide is returned.
PermaLink
◄ ►
Janet Vogel of hit-making 60s vocal group The Skyliners commits suicide in her car in her garage at home in Pittsburgh, Pennsylvania, USA.
PermaLink 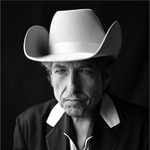 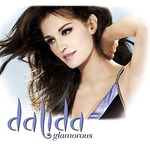 European singing star Dalida, plagued by depression and a chaotic love life, commits suicide in Paris, France, Europe, with an overdose of barbiturates, leaving a note which reads, "Forgive me, life has become unbearable for me...". She had first found success in 1954 with her international hit single Bambina, and eventually sold over 85m records worldwide.
PermaLink 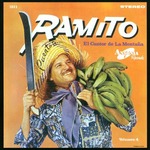 Puerto Rican singer, trovador, and composer Ramito, often described as the king of Jíbaro music, commits suicide by shooting himself in his in-law's house, after learning that a cancer he is suffering has metastasized.
PermaLink 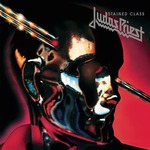 The trial of Judas Priest begins at Washoe County Courthouse, Reno, Nevada, USA. The charges against the band claim that subliminal messages hidden in their album Stained Class contributed to the deaths of two young men. Ray Belknap, killed himself with a shotgun on 23 December 1985, and his friend Jay Vance was badly disfigured in the same incident.
PermaLink
Read More 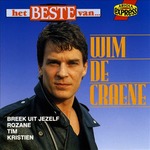 Popular singer Wim De Craene commits suicide, aged 40, by taking an overdose of medication in Ghent, Belgium, Europe.
PermaLink
Underground writer and performance artist Steven 'Jesse' Bernstein commits suicide at his home in Neah Bay, Washington, USA, by stabbing himself in the throat three times with a knife. Despite serious substance abuse issues and mental illness, Bernstein had found a measure of fame because of his recordings with Sub Pop Records and his close relationship with William S. Burroughs.
PermaLink 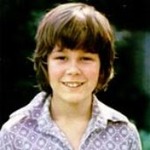 Darren Burn is found dead, aged 30, on the bathroom floor of his flat in London, England, UK, Europe. Unable to cope with the failure of his teenybop pop idol career, he had taken an overdose of his Dotheipin anti-depressant tablets.
PermaLink
◄ ►
Kurt Cobain of Nirvana commits suicide in Seattle, Washington, USA. His body will not be discovered until three days later.
PermaLink

The death certificate for Kurt Cobain of Nirvana states the cause of his death to have been "Contact perforating shotgun wound to head (mouth)".
PermaLink
◄ ►
Country recording star Faron Young dies, aged 64, in Nashville, Tennessee, USA, having attempted suicide by shooting himself the previous day. His ashes are scattered during a ceremony at Johnny Cash's estate, while Cash is away. Unfortunately, a gust of wind blows the ashes onto Cash's car. "When I came home, I found I had Faron on my windshield", remarked Cash later. "I turned the wipers on. There he went, back and forth, back and forth, until he was all gone."
PermaLink
Two senior students, Eric Harris and Dylan Klebold, embark on a random killing spree, shooting dead twelve students and one teacher at Columbine High School, Columbine, Colorado, USA. The pair then commit suicide. The incident will become known as The Columbine High School Massacre. The 2005 song Cassie by Flyleaf is a response to the Columbine tragedy. Cassie Bernall was a student at Columbine High School who died in the massacre. Youth Of A Nation by P.O.D. is also a response to Columbine and a list of contemporary cultural references to Columbine can be found by clicking here.
PermaLink
A series of four co-ordinated suicide attacks on the USA, usually referred to as The 9/11 Attacks, take place in New York City and Washington, D.C. Terrorists from the Islamist militant group Al-Qaeda hijack four passenger jets and deliberately crash two of them, American Airlines Flight 11 and United Airlines Flight 175, into the Twin Towers of the World Trade Center in New York City. Another plane, American Airlines Flight 77, is crashed into the Pentagon in Arlington, Virginia. The fourth jet, United Airlines Flight 93, crashes into a field near Shanksville, Pennsylvania after passengers attempt to take control before it can reach its intended target in Washington, D.C. Nearly 3,000 people die in the attacks. Several songs will be written about the attacks including The Rising by Bruce Springsteen, Let's Roll by Neil Youn, Wall Street by Van Dyke Parks and This Ain't No Rag, It's A Flag by Charlie Daniels. The track 9-11-01 by Soulfly consists of one minute of silence. Several songs on Trouble Is Real, the debut LP by Johnathan Rice, are about the attacks, including City On Fire, Put Me In Your Holy War, and Salvation Day.
PermaLink
Deeply troubled r’n’b vocalist Houston attempts suicide by jumping out of a 13th-floor window in a London, UK, hotel. He is stopped and restrained, but later gouges out his own eye.
PermaLink
Read More 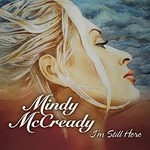 Paramedics are called to the Nashville home of country singer Mindy McCReady after an apparent suicide attempt. They transport her to a hospital after finding wounds on her wrists.
PermaLink

Charles Haddon, 22 year old lead singer of pop band Ou Est Le Swimming Pool jumps to his death from a telecommunications mast behind the main stage onto a parking area after playing at the Pukkelpop music festival in Belgium, Europe. Local police treat the death as suicide.
PermaLink

When 14-year-old Jamey Rodemeyer of Williamsville, New York State, USA, takes his own life because of bullying, he writes in his final tweet: "Bye Mother Monster. Thank you for all you have done. Paws up forever." Mother Monster is a nickname of Lady Gaga, a committed anti-bullying campaigner.
PermaLink

A coroner's report reveals that rock guitarist Ronnie Montrose's recent death was self-inflicted. The report, from the office of the County Coroner in San Mateo, California, USA, states that Montrose died as a result of a self-inflicted gunshot wound. He was more than four times over the legal alcohol limit when he ended his life and was thought to be depressed about his battle with cancer.
PermaLink

Lady Gaga, currently on tour in Australia, Oceania, phones in a bid of $133,075 to buy a gown by her friend the late designer Alexander McQueen at a sale hosted by fashion collector Guinness at Christie's auction house in South Kensington, London, England, UK, Europe. Proceeds from the auction are to benefit the Isabella Blow Foundation, created in memory of the late fashion editor who committed suicide after a long battle of depression.
PermaLink
Bass player Bob Birch, who played with Elton John, Billy Joel, Bruce Hornsby, David Coverdale, Ray Charles and others, dies at his home in the San Fernando Valley, Los Angeles, California, USA. Police believe that his death may have been suicide.
PermaLink

Country singer Mindy McCready dies aged 37 in Heber Springs, Arkansas, USA. She is found dead, on her front porch, from a self-inflicted gunshot wound, where her former boyfriend and the father of her younger son, David Wilson, had killed himself a month earlier. McCready also shot dead the pet dog that had belonged to Wilson.
PermaLink 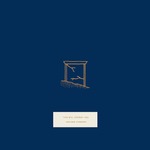 This Will Destroy You release the album Another Language on Suicide Squeeze Records in the USA.
PermaLink

Rock drummer Johnny Toobad, aged 55, falls to his death from the top of a shopping centre in Bayswater, London, England, UK, Europe. Toobad (real name John Elichaoff) was best-known as the drummer for Stark Naked And The Car Thieves and The League Of Gentlemen. He had been talked down from the same ledge two weeks earlier by police officers.
PermaLink 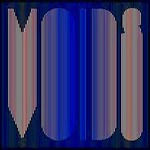 Minus The Bear release their sixth LP, Voids, on Suicide Squeeze Records.
PermaLink 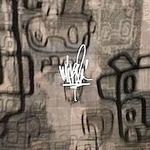