Random selection from around 2,600 Facts
Click to filter results

.. Older ..
Mary Queen Of Scots is beheaded for treason at Fotheringhay Castle, near Peterborough, Northamptonshire, England, UK. The story of Mary's 20 years of imprisonment before her death will inspire the 1969 song Fotheringay by English folk-rock band Fairport Convention.
PermaLink
◄ ►
US President James Garfield dies, having been shot twice some weeks earlier by lawyer Charles Guiteau in the Baltimore and Potomac Railroad Station, Baltimore, Maryland, USA. The assassin's tale will be told in the song Charles Guiteau, recorded in 1927 by Kelly Harrell.
PermaLink

Virtuoso banjo player Vess L. Ossman plays for King Edward VII at The Royal Squadron Club, Ryde, Isle Of Wight, England, UK, Europe.
PermaLink
Read More
When former US president Theodore Roosevelt drinks a cup of Maxwell House Coffee during a visit to Andrew Jackson's estate, The Hermitage, near Nashville, Tennessee, USA, he reportedly proclaims it to be, "good to the last drop". The Maxwell House Coffee company will adopt the phrase as their slogan, and in 1964 Mississippi John Hurt will be inspired to use the phrase in the lyric of his song Coffee Blues. The song also popularises the sexual euphemism Lovin' Spoonful, which will inspire the name of one of the most popular bands of the 1960s.
PermaLink
Read More
◄ ►
Alex Steinweiss is born in Brooklyn, New York City, USA. During World War II, Steinweiss will become Columbia Records' advertising manager. During one lunch meeting at Columbia in New York City, company president, Ted Wallerstein, will introduce Steinweiss to an innovation that the company is about to unveil: the long-playing record. Wallerstein asks Steinweiss to develop a jacket for the new format and, with help from his brother-in-law, Steinweiss finds a manufacturer willing to invest about $250,000 in equipment. Steinweiss will establish the original patent for what will become the industry packaging standard, but under his contract with Columbia he will have to waive all rights to any inventions made while working there. Having thus virtually invented the album cover, Steinweiss will remain active until 1973, during which time he is thought to have designed roughly 2500 covers, including a striking anti-Nazi sleeve for Paul Robeson's 1942 album Songs Of Free Men.
PermaLink

Prominent blackface entertainer Lew Dockstader dies aged 68 of bone cancer in his left leg, in New York City, USA. Dockstader owned and operated his own very successful minstrel show.
PermaLink
◄ ►
The New York Stock Exchange crashes in what will become known as The Crash of '29 or Black Tuesday. This is generally taken as the beginning of The Great Depression that blighted America in the 1930s. The Depression will inspire many songs, including Blind Alfred Reed's 1929 composition How Can a Poor Man Stand Such Times and Live?; EY Harburg and Jay Gorney's 1932 tune Brother, Can You Spare a Dime? and Do Re Mi by Woody Guthrie.

PermaLink
The Irving Berlin musical comedy Call Me Madam is presented on Broadway at The Imperial Theatre, New York City, USA, during a run of 644 performances.
PermaLink

Folk musician Pete Seeger, under indictment for contempt of Congress for refusing to answer questions of the House Un-American Activities Committee in 1955, states to a press conference in New York City, USA, that he will continue to refuse "to answer questions as to my associations, my philosophy or religious beliefs, or my political beliefs, or how I voted in any election, or any of these private affairs."
PermaLink
Read More

Bryn Jones is born in Manchester, England, UK, Europe. He will find some success as an electronic music recording artist under the name Muslimgauze.
PermaLink

A knife fight erupts during a gig by Georgie Fame And The Blue Flames in The Flamingo Club, Soho, London, UK, between Johnny Edgecombe and Aloysius 'Lucky' Gordon. Both men are lovers of Christine Keeler, and the fight is caused by their rivalry for her affections. Gordon's face is badly slashed and he vows revenge on Keeler for his injury.
PermaLink

Donovan appears on TV show Shindig! in the USA, performing his cover version of Universal Soldier by Buffy Sainte-Marie. Also appearing on this edition are The Hollies, The Dave Clark Five and The Turtles.
PermaLink
Johnny Cash releases a new single, The One On The Right Is On The Left on Columbia Records in the USA.
PermaLink

Phil Ochs sings a specially-composed song, The War Is Over, at an anti-Vietnam War demonstration in Washington Square, New York City, USA, then leads the demonstrators in a march up Fifth Avenue to Times Square.
PermaLink
◄ ►
Blue Cheer play the last of three nights at The Grande Ballroom, Detroit, Michigan, USA, supported by the MC5 and the Psychedelic Stooges.
PermaLink

Johnny Cash performs for US President Richard Nixon in the East Room of The White House, Washington DC, USA. Cash sings three songs specially requested by the President - A Boy Named Sue, Okie From Muskogee and Welfare Cadillac, the last of which castigates black people on welfare who drive Cadillacs while other working people struggle to get by. (N.B. Other reports say that Cash did not sing Okie or Cadillac, substituting those songs with Man In Black and What Is Truth)
PermaLink

Eccentric rock'n'roller Screaming Lord Sutch is arrested after jumping from a bus in Downing Street, London, UK, with four naked women. The incident is just one of many publicity stunts pulled by Sutch who attempted for many years to become a Member Of Parliament, standing as the candidate for the Monster Raving Looney Party.
PermaLink

Abraham Beame, mayor of New York City, USA, hosts a luncheon for The Bee Gees at Gracie Mansion, to mark their charitable donations to the Police Athletic League Organisation.
PermaLink

Clare Grogan, Bob Geldof and Captain Sensible are among the guests appearing on Saturday Superstore on BBC1-tv in the UK.
PermaLink

A motion congratulating Boy George on winning a Grammy Award is placed before the UK Parliament.
PermaLink

Bob Geldof suggests the idea of a forming a supergroup to make a recording to benefit the starving people of Ethiopia, to Gary Kemp of Spandau Ballet and to Phil Collins. The idea will grow into Band Aid and, eventually, Live Aid.
PermaLink
Read More 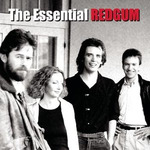 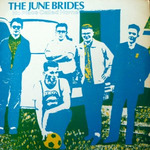 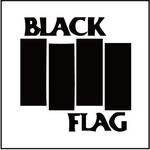 Frank Zappa plays at Syria Mosque, Pittsburgh, Pennsylvania, USA.
PermaLink
◄ ►
Fleetwood Mac, Barbra Streisand, Michael Jackson, Chuck Berry, Elton John, Kenny Rogers and Trisha Yearwood perform in The Presidential Inaugural Gala one day before Bill Clinton takes office in Washington DC, USA.
PermaLink
Perry Farrell of Jane's Addiction spends the first of eight days in the Sudan, North West Africa, as part of a mission, organised by he humanitarian group Christian Solidarity International, to free Southern Sudanese slaves from their Northern masters.
PermaLink
Read More
The Levellers play at the City Hall, Salisbury, Wiltshire, UK.
PermaLink
Rachel Corrie, a 23 year old member of the International Solidarity Movement [ISM] is killed by a bulldozer while acting as a human shield in the Gaza Strip, Israel, Europe. She had been attempting to impede Israeli bulldozers from destroying a house. Just days later, Billy Bragg will adapt Bob Dylan's 1963 protest song The Lonesome Death of Hattie Carroll, to tell Rachel Corrie's story in his song The Lonesome Death Of Rachel Corrie.
PermaLink
The Pet Shop Boys release a new single, I'm With Stupid, on Parlophone Records in the UK. The song is a comment on the controversial relationship between George Bush, President Of The USA, and Tony Blair, Prime Minster of the UK.
PermaLink 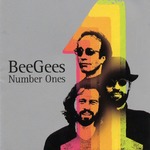 Robin Gibb of The Bee Gees appears on BBC1 tv's Breakfast show to discuss the start of work on a memorial in Green Park, London, to the men of Bomber Command in the Second World War. Gibb has been involved for several years in a campaign to have the memorial established.
PermaLink 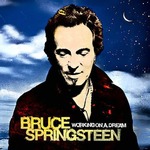 The official playlist for US President Barack Obama's 2012 presidential campaign is released, including tracks by Noah And The Whale, Arcade Fire, Florence And The Machine, Bruce Springsteen, Al Green, Wilco, No Doubt and Aretha Franklin.
PermaLink

A group of protestors gather in support of Russian feminist punk band Pussy Riot outside Christ the Saviour Cathedral, Moscow, Russia, Europe. The protestors are quickly dispersed by security men. Pussy Riot have been in jail ever since staging a protest against Russian Prime Minister Vladimir Putin at Christ The Savior Cathedral.
PermaLink

Maria Alyokhina and Nadezhda Tolokonnikova of punk activist band Pussy Riot are freed from jail in Russia. The move is seen as part of President Putin's 'charm offensive'. Alyokhina states that her views of President Putin have not changed and that the amnesty is "a profanation" and "a PR exercise".
PermaLink
NRVS LVRS release their debut LP, The Golden West on Hz Castle Records in the UK.
PermaLink 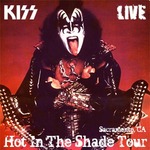 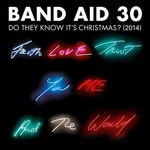 Bob Geldof and Midge Ure reveal that an all-star group of contemporary rock and pop artists under the name of Band Aid 30 will shortly be recording a new version of Do They Know It's Christmas to raise money to fight the Ebola crisis in Western Africa.
PermaLink

John Legend and Colombian rocker Juanes perform outside the Eloy Detention Center in Arizona, USA, as part of their campaign to reform America's immigration and incarceration procedures.
PermaLink

In a Twitter posting, popular British singer Rebecca Ferguson reveals that she has been asked to sing at the Presidential Inauguration of Donald Trump but will only agree to perform if she can sing Strange Fruit, the 1939 song about the lynching of black men, made famous by Billie Holiday.
PermaLink

During an interview on the podcast WTF With Marc Maron, Bruce Springsteen criticises US President Elect Donald Trump, stating, "I've felt disgust before, but never the kind of fear that you feel now." He goes on to add, "When you let that genie out of the bottle - racism, bigotry, intolerance - when you let those things out of the bottle, they don’t go back in the bottle that easily. If they go back in at all."
PermaLink
When Stevie Wonder appears on The Tonight Show on tv in the USA, he uses the occasion to perform his classic songs Isn't She Lovely and My Cherie Amour, in honour of Michelle Obama, who is present in the studio. At the end of the songs, Wonder says, "We love you, we love you! And your husband too, of course."
PermaLink
◄ ►
It is revealed that Marie Osmond and Paul Anka have become the latest musicians to reject an invitation to perform at the upcoming inaugural ball for US President Donald Trump. The current roster of artists who have agreed to perform is Jackie Evancho, The Mormon Tabernacle Choir, The Rockettes, 3 Doors Down, Toby Keith, Jennifer Holliday, Lee Greenwood, The Piano Guys, DJ Ravidrums and The Frontmen of Country (Tim Rushlow, of Little Texas; Larry Stewart of Restless Heart; and Richie McDonald of Lonestar).
PermaLink 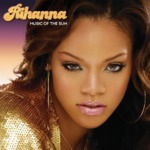 As Barack Obama's Presidency of the USA comes to an end, several music stars say their farewells. Rihanna posts a picture of Obama to Instagram along with the caption "worst break-up ever". Kendrick Lamar tweets "We really gonna miss you champ. The good you've done and opportunity’s you've given. Truly never know what we got til its gone. Thank u". One Republic write, "Goodbye Pres. Obama, thx for the service - u finally get to sleep in - SOAK IT UP!!" Lizzo describes Obama's departure as her "first heartbreak",and Bebe Rexha says, "You have a good heart".
PermaLink 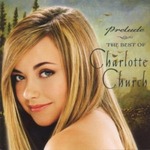 Taylor Swift uses her acceptance speech for Artist Of The Year at the American Music Awards to encourage her fans to vote in the upcoming midterm elections. She had announced two days earlier that she would be voting for Democratic candidates in her home state of Tennessee.
PermaLink
Read More
.. Newer ..