Random selection from around 5,300 Facts
Click to filter results

.. Older ..
◄ ►
Jack The Ripper claims his first [documented] victim, a prostitute called Mary Ann Nicholls in Whitechapel, London, UK. Although the full total of his victims is unknown, he will slaughter at least four more ladies of the night, [Annie Chapman, then Elizabeth Stride, Catherine Eddowes and Mary Kelly]. The Ripper's horrific crimes will inspire the comedy-rock'n'roll song Jack The Ripper in 1963 by Screaming Lord Sutch. Melodically, Jack The Ripper takes its inspiration directly from the 1960 hit Alley Oop by The Hollywood Argyles.
PermaLink
The RKO Pictures musical film Syncopation opens at cinemas in the USA. Featuring Morton Downey and Fred Waring And His Pennsylvanians, it includes such songs as Do Something, Mine Alone and Ah! Sweet Mystery of Life.
PermaLink
Wayne King And His Orchestra record Illusive Romance for Victor Records in Chicago, Illinois, USA. The track is part of a soundtrack for the silent film Fall Of A Nation.
PermaLink
Dancer Bill Robinson, who performed under the name Mr Bojangles, dies of heart disease, aged 71, in New York City, USA. His name and his achievements are immortalised in two popular songs. First is Bojangles Of Harlem, written by Jerome Kern for the 1936 Fred Astaire movie Swing Time. The second song is Mr Bojangles, written by Jerry Jeff Walker in 1968.

Weekly UK pop newspaper the NME [New Musical Express] reports that Cliff Richard will tour the world promoting his latest movie.
PermaLink
Frank Sinatra is recording the title song for inclusion in the Frank Capra movie Pocketful Of Miracles at Capitol Studios, Los Angeles, Califoprnia, USA. Nelson Riddle is the musical arranger on the session.
PermaLink
◄ ►
Cliff Richard flies to Johannesburg, South Africa, to attend the local premiere of his latest film The Young Ones.
PermaLink
Teen movie Summer Holiday, starring Cliff Richard And The Shadows, is released to cinemas in Finland, Europe.
PermaLink
Elvis Presley continues with location filming for his next film, Kissin' Cousins, at Big Bear, near San Bernardino, California, USA.
PermaLink
Anthony Newley records Goldfinger, in London, UK. It is intended as the title song for a forthcoming James Bond film, but Newley's version will not be used in the film.

Elvis Presley has a private screening of films at The Memphian Cinema, Memphis, Tennessee, USA.
PermaLink

In Obertauern, Austria, Europe, The Beatles finish seven days of filming scenes for their second film, Help!, provisionally titled Eight Arms To Hold You On this day they are filmed miming to Ticket To Ride.
PermaLink 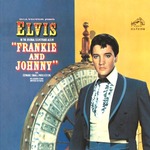 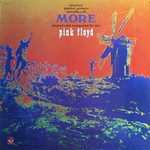 Pink Floyd release a new album, More, in the UK. The album features their music for the film More, directed by Barbet Schroeder.
PermaLink
While rehearsing at London's Country Club, UK rock bandleader Graham Bond is arrested on a 'contempt of court' charge that dates back two years. He is taken to Pentonville Prison and additionally remanded in custody on a bankruptcy charge.
PermaLink

A Swedish soft porn movie, The Seduction Of Inga, has its premiere. Directed by American Joseph W Sarno, it might have been totally forgotten, except that the theme music, Inga’s Theme, was composed by Björn Ulvaeus and Benny Andersson, later to form Abba.
PermaLink
Bob Dylan's film soundtrack album Pat Garrett And Billy The Kid enters the UK albums chart where it will peak at No29 during an eleven-week run.
PermaLink
◄ ►
Michael Jackson makes his big screen debut as The Scarecrow in The Wiz, an all-black remake of The Wizard of Oz. The film co-stars Diana Ross, and features Quincy Jones as its musical director.
PermaLink
Roger Daltrey of The Who and former UK pop idol Adam Faith are the stars of the newly-premiered movie McVicar, about a vicious UK gangster.
PermaLink
Read More
The film The Jazz Singer, starring Neil Diamond as a young Jewish cantor with a secret life as a jazz singer, is premiered in Century City, California, USA. The film is a re-make of an Al Jolson movie, originally released in 1927.
PermaLink 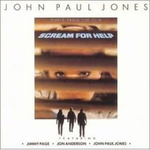 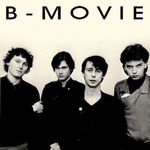 B-Movie play at Newcastle University, Newcastle, England, UK, Europe.
PermaLink
Keith Richards of The Rolling Stones flies to Jamaica, Caribbean, to continue work with Chuck Berry on the film Hail! Hail! Rock'n'Roll.
PermaLink
Read More
The movie Free Willy featuring You Are Not Alone by Michael Jackson as its main theme song, is released to cinemas in Holland.
PermaLink
◄ ►
It is reported that Hollywood spiritualist Father Gilberto has performed an exorcism on former Motley Crue drummer Tommy Lee to banish evil demons which his wife, Pamela Anderson, believes have been affecting his behaviour.
PermaLink
The film North Country, starring Charlize Theron, is released in France and Switzerland. The movie features several Dylan songs, including the newly-recorded Tell 'Ol Bill.
PermaLink

The film I'm Not There, directed by Todd Haynes, goes on general release in Israel, Asia. In the film, which claims to be 'Inspired by the music and the many lives of Bob Dylan', six different actors depict separate facets of Dylan's life and public persona. Dylan himself does not appear.
PermaLink
Bob Dylan announces, via a press release, that his next album will be called Together Through Life and will be released on April 28. As rumoured, the album was recorded under Dylan's studio pseudonym Jack Frost.
PermaLink
When Motley Crue play at The Hollywood Bowl, Hollywood, Los Angeles, California, USA, they are unexpectedly joined onstage by Cee Lo Green.
PermaLink
The movie Joyful Noise, starring Queen Latifah and Dolly Parton, is released in Japan.
PermaLink

The music biopic Get On Up, based on the life of James Brown, opens at cinemas in Germany and Austria, Europe.
PermaLink
John Legend and Common win the Golden Globe Award for their song Glory, at The Beverly Hilton Hotel, Los Angeles, California, USA. The song is featured in the film Selma, and the award is presented by Prince.
PermaLink
◄ ►
We Are X, a documentary about hugely successful Japanese rockers X Japan, premieres at the Sundance Film Festival in Park City, Utah, USA.
PermaLink
.. Newer ..