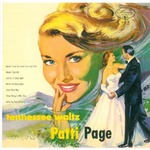 Patti Page is playing during a month of shows at The Pigalle, London, England, UK, Europe.
PermaLink

Ray Charles is playing during an engagement at The Zebra Lounge, Los Angeles, California, USA.
PermaLink

Bobby Darin plays during a season at The Three Rivers Club, Syracuse, New York State, USA.
PermaLink
◄ ►
Chubby Checker is headlining a week of shows at The Apollo Theatre, Harlem, New York City, USA, supported by The Isley Brothers, The Drifters and The Unforgettables.
PermaLink

Sam Butera And The Witnesses are playing at The Tradewinds, Chicago, Illinois, USA, with Patti Leeds.
PermaLink

The Beatles continue their 92 day residency at The Top Ten Club, Hamburg, Germany, Europe.
PermaLink
As it hits No1 on the Billboard Singles Chart in the USA, Roy Orbison earns a gold disc for one million sales of Running Scared.
PermaLink
The Top Ten singles being played on WMGM Radio in New York City, USA, for the week beginning on this date are as follows : 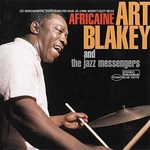 Art Blakey And The Jazz Messengers come to the end of a week at Abart's, Washington DC, USA.
PermaLink 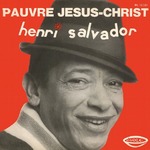 Paul Anka plays the fifth night of three weeks at The Copacabana, New York City, USA.
PermaLink
The Eddie 'Lockjaw' Davis and Johnny Griffin Quintet record Blues Up And Down, Nice And Easy and other tracks in New York City, USA, for Jazzland Records.
PermaLink
The Pips (including Gladys Knight) secure their first Billboard Top 10 singles chart entry in the USA with Every Beat Of My Heart.
PermaLink 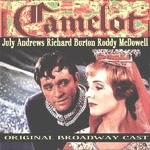 The Original Broadway cast Recording of Camelot reaches No1 on the Billboard album chart in the USA.
PermaLink 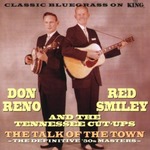 Don Reno, Red Smiley and The Tennessee Cut-Ups are doing a recording session at King Records Studios, Cincinnati, Ohio, USA.
PermaLink
◄ ►
The musical Milk And Honey, with music and lyrics by Jerry Herman, is playing at The Martin Beck Theater on Broadway, New York City, USA, during a run of 543 performances.
PermaLink

The stage musical How To Succeed In Business Without Really Trying, starring Rudy Vallee, is playing at the 46th Street Theater on Broadway, New York City, USA, during a run of 1,417 performances.
PermaLink
.. Next ..