Random selection from around 640 Facts
Click to filter results

The Elks Band leads a parade through Ouray, Colorado, USA. A novel feature of the band is its new bass drum festooned with eighteen electric lights, of which the local paper declares, "nothing of its size and make up was ever known before." The parade also features two pretty girls dressed in white, each with an electric light on her head.
PermaLink
◄ ►
Alex Steinweiss is born in Brooklyn, New York City, USA. During World War II, Steinweiss will become Columbia Records' advertising manager. During one lunch meeting at Columbia in New York City, company president, Ted Wallerstein, will introduce Steinweiss to an innovation that the company is about to unveil: the long-playing record. Wallerstein asks Steinweiss to develop a jacket for the new format and, with help from his brother-in-law, Steinweiss finds a manufacturer willing to invest about $250,000 in equipment. Steinweiss will establish the original patent for what will become the industry packaging standard, but under his contract with Columbia he will have to waive all rights to any inventions made while working there. Having thus virtually invented the album cover, Steinweiss will remain active until 1973, during which time he is thought to have designed roughly 2500 covers, including a striking anti-Nazi sleeve for Paul Robeson's 1942 album Songs Of Free Men.
PermaLink

Hanne Karin Blarke Bayer is born in Solbjerg, Denmark, Europe. After moving to Paris, France, at the age of 19, she will find success as fashion model, actress and singer Anna Karina.
PermaLink 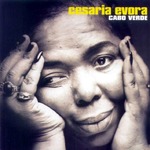 Cesaria Evora is born in Mindelo, São Vicente, Cape Verde, Macaronesia. She will win international fame as a singer and recording artist. Nicknamed the "Barefoot Diva" for performing without shoes, she will also become known as the "Queen of Morna".
PermaLink

The first Doc Marten boots go on sale in the UK. They will become, in due course, a badge of the skinhead movement.
PermaLink

Gene Vincent (with Sounds Incorporated) plays at The Two Red Shoes Ballroom, Elgin, Scotland, UK. Support act is The Alex Sutherland Sextet.
PermaLink
Joe Maphis And Rose Lee Maphis record Whiskey Is The Devil In Liquid Form, Why Do You Weep Dear Willow?, Put Away My Little Shoes and Teardrops Falling In The Snow at Capitol Recording Studio, 1750 North Vine Street, Hollywood, California, USA.
PermaLink
During a show at Madison Square Garden, New York City, USA, Marilyn Monroe, sings Happy Birthday To You, for president of the USA John Kennedy. For her performance, Monroe is wearing a dress described as "skin and beads" which will later sell at Christie's auction house for over a million dollars.
PermaLink
Frankie Vaughan stars during a season in the pantomime Puss In Boots at The Palladium, London, UK.
PermaLink 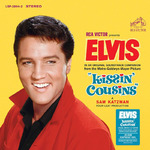 In RCA Studio B, Nashville, Tennessee, USA, Elvis Presley begins recording vocals for his next movie, Kissin' Cousins. His band includes guitarists Scotty Moore, Harold Bradley and Grady Martin, backing vocalists The Jordanaires, drummers D.J. Fontana and Buddy Harman, bassist Bob Moore, saxophonists Boots Randolph and Bill Justis, pianist Floyd Cramer and fiddler Cecil Brower.
PermaLink
◄ ►
The Moray Dance Club presents The Caravelles in The Two Red Shoes, Elgin, Scotland, UK, Europe.
PermaLink
At Chess Studio, Chicago, Illinois, USA, Chuck Berry records Nadine (Is That You), You Never Can Tell and other tracks.
PermaLink
Read More
The Senators record She's A Mod at Hollick And Taylor Studios in Birmingham, UK. This is the first-ever recording to be released featuring a young drummer from Reddich, John Bonham, who will go on to greater fame as a member of Led Zeppelin. 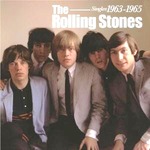 Under the headline, The Rolling Stones Gather No Lunch, UK newspaper The Daily Express reveals that the group was recently refused service at the Strand Hotel, Bristol, England, UK, Europe, for not wearing ties. "But ties would get in the soup," observes vocalist Mick Jagger.
PermaLink 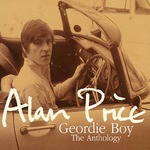 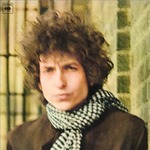 PermaLink
Read More
Pete Cetera of rock band Chicago undergoes five hours of emergency surgery after losing four teeth in a fight at a Chicago Cubs - Dodgers baseball game during which four rednecks decided they didn't like the length of his hair.
PermaLink 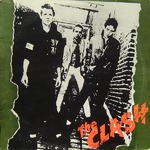 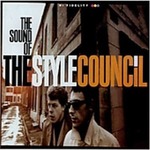 Following Nike's use of The Beatles' song Revoution in tv ads for their shoes, the group's attorney announces, "The Beatles position is that they don't sing jingles to peddle sneakers, beer, pantyhose or anything else. Their position is that they wrote and recorded these songs as artists and not as pitchmen for any product." The Beatles will go on to sue Nike and, eventually, the ads will be stopped.
PermaLink

Denim jeans manufacturers Levi's take a full page advertisement in Billboard magazine in the USA to apologise to Tom Waits for their use of a Waits 'soundalike' in their tv commercials.
PermaLink
Bob Dylan films a tv commercial, featuring his song Love Sick, for the lingerie company Victoria's Secret in Venice, Italy.
PermaLink
Gettin' You Home (The Black Dress Song) by Chris Young is released to radio in the USA by RCA Records.
PermaLink

Fergie of The Black Eyed Peas launches her own shoe range, entitled Fergie, in Los Angeles, California, USA, with styles ranging in price from $69 to $129.
PermaLink
◄ ►
Dolly Parton makes an unannounced live appearance for 400 Tennessee Girl Scouts at their badge-giving ceremony in the Pines Theatre, Pigeon Forge, Tennessee, USA. Parton, an honorary member of the Girl Scouts, wore her own uniform to hand out badges, including the Coat of Many Colors patch named after her 1971 song of that name.
PermaLink

The Forbes Magazine Celebrity 100 list reveals that Beyonce is set to earn an estimated $87m from publishing and music sales, touring and other performances, film work, her fashion collection and endorsement deals. The only other singer ahead of her is Madonna, at No3 in the list with Beyonce at No4.
PermaLink

Kelly Osbourne spends Valentine's Day morning in hospital with her friend, the stylist Brooke Dulien, who was injured by the shattering of a glass door in The Boom Boom Room, New York City, USA.
PermaLink

While in Derby, England, UK, Europe, to launch her Miley And Max clothing collection for George at Asda, Miley Cyrus pays an unannounced vsit to Silverhill Primary School, making a surprise appearance at the school assembly.
PermaLink

An studded glove worn by Michael Jackson during his Bad Tour, is bought for $300,000 (£191,220) at an auction in Julien's, Beverly Hills, Los Angeles, California, USA. A military-style jacket worn by John Lennon for a 1966 Life magazine photo shoot, sold for $240,000 (£153,000), and also on sale at the same event were an X-ray of Albert Einstein's brain and a pair of Marilyn Monroe's empty prescription bottles.
PermaLink

The polka dot chiffon dress worn by Amy Winehouse on the cover of her album Back To Black is bought for £43,200 [$67,120] by the Museo de la Moda in Santiago, Chile, South America, at an auction in Kerry Taylor Auctions, London, UK. Proceeds of the sale go to the Amy Winehouse Foundation.
PermaLink
Pretty Green, the fashion outlet started in the UK in 2009 by former Oasis frontman Liam Gallagher, holds a launch party for its first overseas branch in Tokyo, Japan, Asia. Gallagher attends the event while in Tokyo for a gig with his band Beady Eye.
PermaLink

On her Dressed To Kill Tour Cher plays at The Toyota Center, Houston, Texas, USA.
PermaLink

The Banco de Cabo Verde in Macaronesia, introduces a new series of banknotes honouring Cape Verdean figures in the fields of literature, music, and politics. The face of internationally popular singer Cesaria Evora is featured on the new 2000 Escudos banknote. Evora had won international fame as a singer and recording artist. Nicknamed the "Barefoot Diva" for performing without shoes, she was also known as the "Queen of Morna".
PermaLink