Random selection from around 2,100 Facts
Click to filter results

The "spectacular musical success" All Smiles is playing during a week at The Hippodrome, Norwich, England, UK, Europe. The show features Teddie Stream, Johnny Clegg, Marjorie Lawrence, The Ten Ohio Syncopators and the Twelve All Smile Girls.
PermaLink 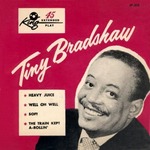 Tiny Bradshaw And His Orchestra play during a four-week engagement in Cincinnati, Ohio, USA.
PermaLink

Today's episode of The Roy Rogers Show on tv in The USA, is entitled The Mayor Of Ghost Town.
PermaLink

The Stooge, a new musical comedy movie starring Dean Martin and Jerry Lewis, is released by Paramount in the USA.
PermaLink
Under the headline 'Mystery Hit', Time magazine in the USA, reports on the unexpected success of the folksy pop song Oh Happy Day by High School Junior Don Howard of Cleveland, Ohio. The song will peak at No4 in the Billboard national chart. (N.B. This song should not be confused with the gospel hit of the same name)
PermaLink 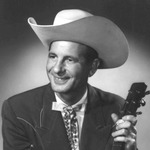 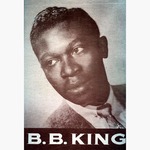 Frank Sinatra appears as a guest on tv's Dean Martin Show in the USA.
PermaLink

Frank Sinatra, Dean Martin and Sammy Davis Jr perform with Antonio Morelli and Orchestra at the Copa Room, The Sands, Las Vegas, Nevada, USA. The recording will not be released until almost forty years later as The Rat Pack - Live At The Sands.
PermaLink 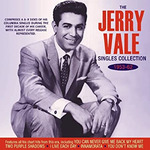 The Motortown Revue, featuring The Miracles, Marvin Gaye, Little Stevie Wonder, Mary Wells, and Martha And The Vandellas, plays at The Auditorium, Dayton, Ohio, USA.
PermaLink
Billy 'Crash' Craddock records What About Love, Teardrops On Your Letter, It Hurts To Be In Love, My Baby's Got Flat Feet and other tracks, at King Recording Studio, 1540 Brewster Ave., Cincinnati, Ohio, USA.
PermaLink
The Serendipity Singers play their second of two gigs in one day, this one at Ohio Wesleyan University, Delaware, Ohio, USA.
PermaLink
(Sittin' On) The Dock Of The Bay by Otis Redding tops the Billboard R'n'B Chart in the USA for the first of three weeks, and the national chart for the first of four weeks. Redding wrote the song while living on a houseboat overlooking San Francisco Bay.
PermaLink 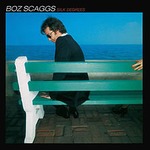 Silk Degrees by Boz Scaggs peaks at No2 in the Billboard 200 Albums Chart in the USA.
PermaLink
Read More

The Top Ten Singles for the week beginning on this day on 1050 CHUM Radio in Toronto, Ontario, Canada are :

Anita Baker releases her debut album, The Songstress, on Beverly Glen Records in the USA.
PermaLink 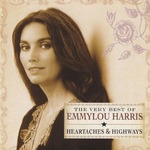 Bob Dylan plays at Riverbend Music Center, Cincinnati, Ohio, USA.
PermaLink
Crossroads by Tracy Chapman is certified as a platinum album by the R.I.A.A. in the USA.
PermaLink 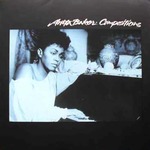 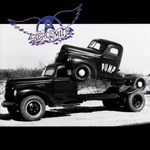 On their Pump Tour, Aerosmith play the first of two nights at The National Tennis Centre at Flinders Park, Melbourne, Australia, Oceania.
PermaLink

At The National Music Publishers Association's "Celebration of the American Songwriter" event in Washington DC, USA, Aerosmith frontman (and multi-millionaire) Steven Tyler expresses his disdain for current digital royalty rates, stating. "If the laws continue going the way they are,[songwriters] will never be paid fairly for [their] own participation. So people, forgive me for being a little jaded about the state of copyright." He is referring mainly to the rates paid by streaming services such as Pandora and Spotify.
PermaLink 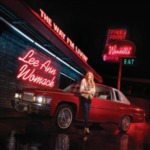 John Legend and Lee Ann Womack are tonight's pairing on CMT Crossroads, at The Factory in Franklin, Tennessee, USA.
PermaLink

Ronnie Bright dies aged 77 in New York City, USA. He had found success as a vocalist from the 1950s until the 1970s, with The Valentines, The Cadillacs, The Deep River Boys and The Coasters. He also provided the distinctive bass voice on the 1963 hit single Mr. Bass Man by Johnny Cymbal.
PermaLink

On their The Getaway World Tour, The Red Hot Chili Peppers play at the Rock On The Range Festival, Columbus, Ohio, USA.
PermaLink

Touring in support of their album, I Am Easy To Find, The National play at Coca-Cola Roxy, Atlanta, Georgia, USA.
PermaLink
.. Newer ..