Random selection from around 1,500 Facts
Click to filter results

The Graham Bond Quartet play at The Place, Hanley, Stoke On Trent, England, UK, Europe, for a fee of £25.
PermaLink

Gene Autry's company Golden West Broadcasters buys KTLA-TV in Los Angeles, California, USA, from Paramount Pictures for $12m. At the time, this is the highest price ever paid for a television station.
PermaLink
The Animals play at the Club A'Gogo, Newcastle, UK, for a fee of
PermaLink
Can't Buy Me Love by The Beatles reaches No1 in the UK singles chart.

John Lennon of The Beatles becomes the owner of a
PermaLink

The Times reports that 1,250,000 shares in The Beatles' music publishing company Northern Songs will shortly be issued for sale, and that the company is predicting a profit of £550,000 for the year.
PermaLink
Read More

The Who play at The Fender Club, Kenton, Harrow, UK. The terms of their contract specify a £180 guarantee against 60% of gross door receipts.
PermaLink

As Purple Haze enters the UK single chart, Jimi Hendrix sells a blue-white Stratocaster guitar at Selmer’s Music Store, Charing Cross Road, London, UK. Paul Kossoff, later to form Free, is working as a sales assistant in the shop. In the evening, The Jimi Hendrix Experience (billed as Jimmi Hendrix Experience) plays at The Guildhall, Southampton, earning a fee of £175.
PermaLink
Read More
Duane Dee, with producer Kelso Herston, records It Won't Matter So Much, That Was My Shining Hour and Money Trees Don't Grow (On The Streets Of Chicago) in Columbia Recording Studio, 804 16th Avenue South, Nashville, Tennessee, USA.
PermaLink
◄ ►
Creedence Clearwater Revival release their debut album, Creedence Clearwater Revival, in the USA on Fantasy Records. The album is produced by Saul Zaentz who recently bought the record company. As the years progress, Creedence leader John Fogerty will become embroiled in personal and legal disputes with Zaentz which will result in acrimonious lawsuits and will inspire two bitter Fogerty songs, Vanz Kant Danz and Mr. Greed, about Zaentz.
PermaLink
Sessions begin in EMI's Abbey Road Studios, London, England, UK, which will result in the album Abbey Road by The Beatles. Paul McCartney is the only Beatle present on this first day, working on the track You Never Give Me Your Money.
PermaLink
Read More
◄ ►
Blue Mink, a group of British session players, enter the UK singles chart with their first hit, Melting Pot, which will peak at No3. 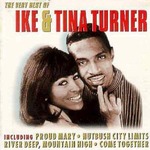 Tina Turner files for divorce from her husband, Ike, stating that he can keep her earnings as long as he lets her live her own life.
PermaLink

The Clash release a triple album, Sandanista!, on CBS Records in the UK.
PermaLink
Read More
It is announced that Roy Orbison is suing his manager, Wesley Rose, for $500m of unpaid royalties.
PermaLink
WEA Records in the UK is fined £6,000 by the BPI (British Phonographic Industry) for unethical practices.
PermaLink

It is reported that Mick Jagger of The Rolling Stones will earn £1m on each night of his upcoming solo tour of Japan, Asia, – a total of £7m.
PermaLink 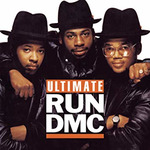 Run DMC lose their legal battle to sever their contract with Profile Records, and find themselves signed up to the label which they claimed had ripped them off to the tune of $7m, for another ten years.
PermaLink

After serving several months of his sentence for drug possession and other charges, James Brown is put on a work-release program. He moves from his jail to the Lower Savannah Work Center, South Carolina, USA, where he provides counselling for drug addicts, which earns him four dollars an hour.
PermaLink

The front page of tabloid newspaper The Sun reveals that teen pop sensations 5 Star have been evicted from their £2.5m Sunningdale, UK, mansion for not paying their mortgage.
PermaLink
Read More

Roger Daltrey of The Who wins a settlement totalling £155,000 after winning a case against Home Farm, which he claimed had caused the deaths of up to 500,000 fish in his Dorset, England, UK, Europe, trout farm.
PermaLink
Read More

Congolese music star Papa Wemba appears in court in Paris, France, Europe, on charges relating to the smuggling of illegal immigrants from Africa to Europe under the pretense that they were members of his band. A month later he will be sentenced to thirty months in jail and a $13,000 fine. Most of the sentence, however, is suspended because of time already spent in jail while awaiting trial.
PermaLink

Beyonce Knowles of Destiny's Child is ordered by a New York Supreme Court judge to pay damages to the Wilhelmina Modelling Agency because she had failed to honour her contract with the company by not paying a commission and service fee for setting up a deal with L'Oreal in 2001.
PermaLink

In an interview with Welsh newspaper Wales On Sunday, The Stereophonics' former drummer Stuart Cable states that he is soon to receive compensation for his sacking from the band, but denies that it will be as much as the rumoured £1m.
PermaLink

Rapper Nas agrees to a payment plan in Los Angeles County Court, Los Angeles, California, USA, by which he will pay $14,229.61 a month to clear his $300,000 debt to his ex-wife Kelis.
PermaLink

Half-year figures for 2010 published by Pollstar reveal Bon Jovi as the most successful touring act in North America, having played 38 shows selling more than a half million tickets with a total gross of $52.8m.
PermaLink 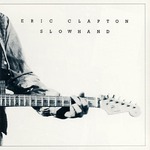 An auction of 75 guitars and 55 amplifiers belonging to Eric Clapton is held at Bonham's, New York City, USA, as a benefit for Clapton's Crossroads drug and alcohol rehabilitation centre in Antigua, West Indies, Caribbean. The auction raises $2.15m.
PermaLink

The polka dot chiffon dress worn by Amy Winehouse on the cover of her album Back To Black is bought for £43,200 [$67,120] by the Museo de la Moda in Santiago, Chile, South America, at an auction in Kerry Taylor Auctions, London, UK. Proceeds of the sale go to the Amy Winehouse Foundation.
PermaLink 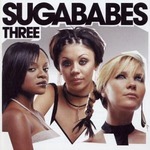 It is reported that the original three members of Sugababes have signed a £1m deal with Polydor Records but legal problems over the ownership of the band name mean that the trio will have to adopt a new name before releasing anything commercially.
PermaLink

Lady Gaga, currently on tour in Australia, Oceania, phones in a bid of $133,075 to buy a gown by her friend the late designer Alexander McQueen at a sale hosted by fashion collector Guinness at Christie's auction house in South Kensington, London, England, UK, Europe. Proceeds from the auction are to benefit the Isabella Blow Foundation, created in memory of the late fashion editor who committed suicide after a long battle of depression.
PermaLink 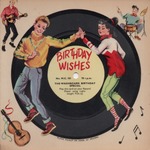 Good Morning To You Productions Corporation in the USA files a class action lawsuit against music publishers Warner/Chappell Music aiming to move the 1893 song Happy Birthday To You into the public domain. It is currently administered by Warner/Chappell which collects considerable fees for its use.
PermaLink

Wannabe rapper Rashad Owens kills four people when he crashes his car on Red River Street, Austin, Texas, USA, during the SXSW Festival. The incident will spark controversy about whether the festival is growing out of control. In December, the family of one of the victims will sue the festival organisers.
PermaLink

Lawyers acting on behalf of Justin Bieber negotiate a plea deal in his Miami, Florida, USA, driving under the influence case. The deal requires Bieber to make a $50,000 donation to the "Our Kids" charity, get twelve hours of private anger-management counseling and attend a program that teaches about the impact of drunken driving on victims. In exchange, the judge accepts Beiber’s guilty plea to misdemeanor counts of careless driving and resisting arrest. He is thus able to avoid a jail sentence.
PermaLink

Former teen pop idol and tv star David Cassidy, claiming to have "assets and debts of up to $10m", files for bankruptcy protection in Florida, USA.
PermaLink

The ultra-rare, incredibly valuable Wu-Tang Clan album Once Upon A Time In Shaolin is held up at customs in JFK Airport, New York City, USA, so that border control officials can determine the contents of the silver box holding the album. The album exists as one single copy, and had been held in a secure storage vault at The Royal Mansour Hotel in Marrakech, Morocco, Africa. It arrived at JFK en route to its purchaser, the controversial hedge fund manager Martin Shkreli, who had paid $2m to buy it.
PermaLink

The Who, Wilko Johnson and others play in a Teenage Cancer Trast concert at The Royal Albert hall, London, UK.
PermaLink
◄ ►
The BPI announces that, in 2015, UK artists achieved a record 17.1% global share, which means that around one in every six albums sold worldwide originated in the UK. In the same period, audio streaming increased by 82% to 27bn plays, delivering a 69% rise in UK artists' income to £146.1m. Regrettably, an 88% rise in video streaming generated only a meagre increase in revenue from pure ad-funded platforms (such as YouTube) of 0.4% to £24.4m.
PermaLink
Read More

British pop idol Sir Cliff Richard wins a privacy case against the BBC and is awarded an initial £210,000 in damages. The judgement follows a lengthy legal battle with the broadcasting organisation after it reported that the singer was being investigated over historic child sex assault claims.
PermaLink
◄ ►
Jackie Fuchs, who played bass for The Runaways from 1975 to 1977 under the name Jackie Fox, becomes the new winner of tv show Jeopardy in the USA, winning $14,200.
PermaLink
.. Newer ..