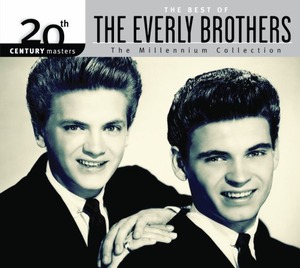 The Everly Brothers are playing during a fourteen-night stint at The Latin Quarter, New York City, USA.

Don Everly : I remember meeting Jimi Hendrix one night at The Scene, Steve Paul's club in New York. I was working The Latin Quarter at the time, right? And I had never been to Greenwich Village before, so Steve and Jimi took me on a tour. Here we were, Steve wearing a bathrobe, the three of us smoking a joint in the back seat of his limo. I was still worried about getting busted, but they didn't seem to be.

We went to The Bitter End, and there was Joni Mitchell, whom I had already fallen in love with via records. My life changed. I wanted to play these places too. I wanted to be a part of this music scene. I became friends with Jimi, liked him a lot. He invited me to sessions, even came around to the Latin Quarter to see me, can you believe it?