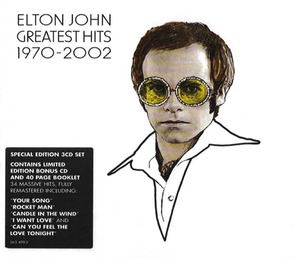 Reg Dwight, later to be known as Elton John, quits school to work as a messenger for Mills Music in London, UK.

Caleb Quaye (guitarist, Bluesology and Hookfoot) : Elton was a tea-boy and I used to pack sheet music. Then we split up for a couple of years. I worked for Dick James Music as an engineer and producer and did session work. Then I joined Bluesology, backing Long John Baldry, and Elton was also in the band. That was a good band, for what it was doing at the time, and a lot of good people came from it.
(Disc and Music Echo, 12 June 1971)
Tweet this Fact