.. Older ..
◄ ►
The first coin-operated phonograph is installed in The Palais Royal Saloon, San Francisco, California, USA, by the Pacific Phonograph Company. This development is widely accepted as the birth of the jukebox. The increasing popularity of the jukebox over the years will inspire many songwriters to write songs about the machine, which will be recorded by numerous artists, including Jukebox Saturday Night [1939] by Glenn Miller and Jukebox Baby [1954] by Perry Como and Mr Jukebox [1963] by Ernest Tubb.
PermaLink

Martha Davis is born in Wichita, Kansas, USA. Nicknamed 'The Queen of the Ivories', she will score many jukebox hits as a vocalist and pianist in the 40s, and will work regularly with Louis Jordan.
PermaLink

A feature in Variety magazine reports that jukeboxes are now taking in almost $150m a year in the USA.
PermaLink

A feature in Billboard magazine reports that jukeboxes have become the foremost influence on the buying habits of record purchasers.
PermaLink
Seeburg introduces a new type of jukebox, the V-200 Dual Music System, which can hold 100 singles and EPs.
PermaLink
Martha Davis dies of cancer in New York City, USA. Nicknamed 'the Queen of the Ivories', she scored many jukebox hits as a vocalist and pianist in the 40s, and worked regularly with Louis Jordan.
PermaLink
Take Good Care Of My Baby by Bobby Vee is at No1 in the UK's Jukebox Play chart. The song is composed by Gerry Goffin and Carole King.
PermaLink 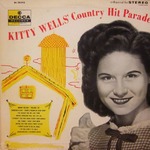 Kitty Wells, with producer Owen Bradley, records Jealousy, Three Ways (To Love You), I Heard The Jukebox Playing, A Wedding Ring Ago, Touch And Go Heart and Searching (For Someone Like You), in Columbia Recording Studios, 804 16th Avenue South, Nashville, Tennessee, USA.
PermaLink

Kitty Wells, with producer Owen Bradley, records Repenting, She's No Angel, I Can't Help Wondering, I Gave My Wedding Dress Away, I Don't Claim To Be An Angel and The Lonely Side Of Town, in Columbia Recording Studios, 804 16th Avenue South, Nashville, Tennessee, USA.
PermaLink

The New York Mirror runs a feature highlighting how, back in 1958, the syndicate (aka The Mafia) was prevented from taking control of the entire juke box industry in the New York area by the defiance of union executive Charles Lichtman, who refused to be intimidated by mafia threats of violence.
PermaLink

Music trade magazine Billboard in the USA reports that The Rock-Ola Manufacturing Corporation of Chicago, Illinois, USA, has recently made a new product line - stereo mini-LPs in a 7" format - available. The discs, featuring three tracks per side, are 'abbreviated' versions of existing 12" LPs, are intended to be played on the latest Rock-Ola model 418-SA jukebox. Artists in the initial release include Roy Orbison, Peter Paul And Mary, Ray Charles, The New Christy Minstrels, Barbra Streisand and Floyd Cramer.
PermaLink
The Beatles release a jukebox version of their single Twist And Shout / Misery on Parlophon Records in Italy, Europe.
PermaLink

Having spent his final weeks on a life support system, Jerry Nolan, drummer of the New York Dolls, dies at St. Vincent's Hospital, New York City, USA. While being treated for meningitis and pneumonia, Nolan had suffered a stroke and went into a coma from which he never recovered.
PermaLink
A Jukebox With A Country Song by Doug Stone reaches No1 on the Billboard Country Singles Chart in the USA.
PermaLink
The American Jukebox Operators announce that the most played record of all time is Hound Dog by Elvis Presley.
PermaLink 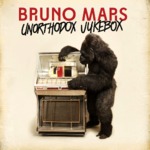 Postmodern Juke box play at The O2 Academy, Bournemouth, England, UK, Europe.
PermaLink
It is widely reported that Jay-Z is filing documents to trademark Jaybo, an animated character seen in his video for the track The Story Of Of O.J.
PermaLink
.. Newer ..