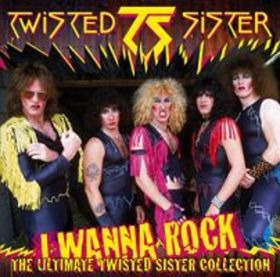 When Twisted Sister play in El Paso, Texas, USA, the local police sheriff asks if his son can sit behind the band's drummer and watch him play. The band agrees.

Jay Jay French (guitarist, Twisted Sister) : In El Paso, the sheriff comes in the dressing room and says, 'All right, which one of y'all's the drummer?' So we all point to AJ, thinking maybe he screwed some chick the night before and we're all going to jail.

So the sheriff says, 'My boy here, he's a drummer too. If he can sit behind you on stage during the show I'll make sure you don't have any problems here.'

The Sheriff says, 'Good. As long as he gets to sit behind you, I don't give a fuck what you say.'
(Source : interview with Johnny Black, for Classic Rock, September 2011)
Tweet this Fact