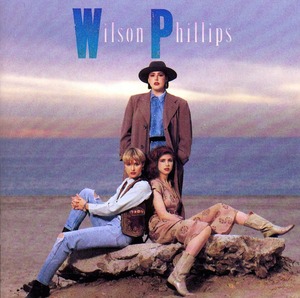 Carnie Wilson, daughter of Beach Boy Brian Wilson, is born in Bel Air, California, USA. She will go on to a career of her own with Wilson-Phillips - a pop trio whose parents are all 60s superstars.

John Phillips (Mamas And Papas) : Brian and I were neighbors in Bel Air and his daughters and my daughter, Chynna, as the story goes, sang together as children and sang for us all the time, for Brian and I, and we'd say, "No, don't sing it this way, not that way." Eventually went on to become Wilson Phillips and sold about nine million copies [laughs] of their first album and retired. Brian was always sort of a strange duck, off in his own thing. He would come to the house at a party. I would have a party whenever The Beatles were in town. They'd all gather up at my place and we'd sing and do things. And Brian would take water glasses and fill them each according to a scale, and he'd play the water glasses. He tuned them up and played them. He was good at it.
(Source : not known)
Tweet this Fact