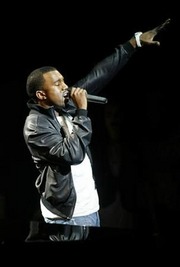 While Kanye was still under medical care for his disabling condition, the Defendant syndicates demanded that Kanye submit to an immediate IME (independent medical examination). Kanye was made available for a purported IME by a doctor, hand-selected by the insurers’ counsel, who was predisposed to look for some reason to deny the claim. Yet even Defendants’ selected doctor had to admit that Kanye was disabled from being able to continue with the Tour. As demanded by the insurers, Kanye was also subsequently presented for an examination under oath (“EUO”), and at least eleven other persons affiliated with Kanye and Very Good were similarly presented for EUOs."
(SOURCE : court papers in January 2017, when Kanye West was suing his insurers)
Tweet this Fact