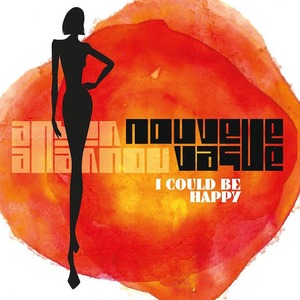 Nouvelle Vague release a new album, I Could Be Happy, on Kwaidan Records in the UK.

My only caveat about this undeniably gorgeous album is that too many of the tracks sound like they’ve been made with malice aforethought as potential soundtracks for tv ads. Led by French producers Marc Collin and Oliver Libaux, the band offers a clutch of bossa nova inflected electro-pop cover versions of songs by the likes of The Cure, Altered Images and The Ramones, alongside a handful of self-composed tracks. The breathless, beautifully sung, ingeniously produced version of I Could Be Happy, for example, would sound great behind a vacuum cleaner ad, and the folk-rock re-interpretation of All Cats Are Grey would massively enhance a surreal perfume promo.
(Source : review by Johnny Black in Hi Fi News, Jan 2017)