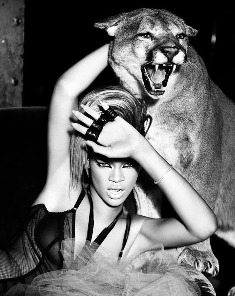 Silly girl. She had a career in a million, but she's gone and let her thuggish moron of an ex-boyfriend de-rail her musical suss. This album, drenched in sado-masochistic sexuality and lacking good songs, gives the impression that she exists only to wreak audio revenge on Chris Brown. Maybe had she gone for Quincy Jones instead of LA Reid as a producer he could have salvaged some of these sub-standard Kanye West retro-electro-riffs but, as it stands, there's four decent tunes in the middle of the album and no decent lyrics anywhere. This woman has a fabulous voice and fantastique technique. Next time out let's hope she's got some material worth using it on.