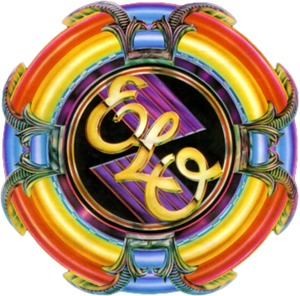 Electric Light Orchestra, aka ELO, begin their globe-spanning Out Of The Blue Tour with a show at The Neal Blaisdell Center, Honolulu, Hawaii, USA.

Jeff Lynne : Touring the album was impossible, a proper pain in the arse, and I started to get fed up with all the strings: “Argh, fuckin’ hell, not another string session today…” It became a bit of a formula. I made a lot of electronic records after Out Of The Blue.
(Source : Uncut, 2014)

Jeff Lynne : On the 'Out Of The Blue' Tour, some nights I would even sneak into the audience to look at the closing of the spaceship. It was pretty spectacular. The racket was enormous; there was smoke coming out of it and lasers everywhere. It wasn't my idea to be honest. To me it was a bit over the top, but lots of fun. The first few tours were exciting, because it was all new and it was America. I had never ever dreamed of coming to America. But the really long tours would eventually become a bit of a drag, because I really wanted to be in the studio, making records.
(Source : http://www.ftmusic.com/discography/elo/zoom/interview.html)
Tweet this Fact