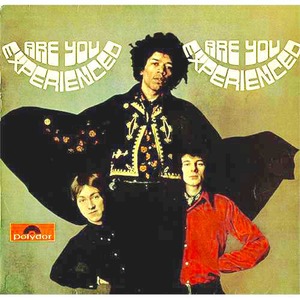 The Jimi Hendrix Experience, The Move, Pink Floyd, Amen Corner, The Nice, Eire Apparent and The Outer Limits play at Colston Hall, Bristol, UK. At this gig, Hendrix is seen by K.K. Downing, later to play guitar for Judas Priest.

K.K. Downing, Judas Priest : I saw him when I was 16 for the first time. It was a life-changing experience, literally. I had a $15 guitar that was virtually unplayable. I was dabbling. But after seeing Hendrix and thinking, 'This person is totally God,' all I wanted to do was play his riffs. I saw him seven or eight times. I was totally in awe.
(Source : http://jam.canoe.ca/Music/Artists/H/Hendrix_Jimi/2010/09/17/15387476.html)

Malcolm Coates (audience) : The lights went out and the Jimi Hendrix Experience were introduced. In many places he has been banned; in many places, his act has been accused of being obscene and sexy; but nowhere has he been accused of anything but being spectacular and that night was no exception.

He played each one of his three guitars in every possible way, but with his hands, or so it seemed, he played them with his teeth, the stage, his bodyguard's head, a microphone stand and the drum kit

When the last number, Purple Haze, was announced I thought the end of the world was upon us.
(Source : http://www.colstonhall.org/shows/jimi-hendrix-experience/)

Ed Newsom (audience) Top of the bill were the Jimi Hendrix Experience, who by then had already been in the top 20 four times with hit singles like Hey Joe and Purple Haze. The other acts on this tour were The Move, Pink Floyd, Amen Corner, The Nice, Eire Apparent, and The Outer limits. With that many acts on the bill they weren’t on stage for long.

I remember being quite awestruck by Jimi Hendrix. The things he did with his guitar were unbelievable. The bottom of the bill acts only had enough time on stage to play one or two numbers, and even Pink Floyd were only given about 15 minutes. Just about long enough to perform Set The Controls For The Heart Of The Sun perhaps They were quite weird in those days, and poor Syd Barrett was definitely losing it. I seem to remember that the Move closed the first half of the show and would certainly have included their top twenty hits, Flowers In The Rain & I Can Hear The Grass Go, in their set. The Nice weren’t high on the bill, but were a talented band featuring Keith Emerson on Hammond Organ (of course he would become famous in later years with Emerson Lake & Palmer).In those days Lemmy was their roadie. He later went on to become equally famous as the vocalist with Hawkwind and Motorhead. My research on the internet confirms that this show took place twice at each venue. At the Colston Hall it was at 6.30pm & 8.45pm, and ticket prices ranged from 17 shillings & 6 pence to 6 shillings & 6 pence (87.5p to 36p in today’s decimal money.
(Source : http://www.colstonhall.org/shows/jimi-hendrix-experience/)
Tweet this Fact