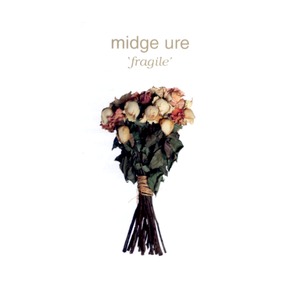 Midge Ure releases Fragile, his first new album in over a decade, on Hypertension Music in Europe.

MIDGE URE Fragile
Hypertension Music HYP 14302
Former Ultravox frontman Midge Ure spent the last decade knocking out live albums, a covers CD and a re-formed Ultravox project, so his return to solo writing and performing is overdue. Ure is too much of a craftsman ever to produce a musically inferior album but, unfortunately, this suffers from being too calculated to function well as the soulful, sensitive rock he's clearly aiming at. Star Crossed, for example, needs to soar, but plods instead, nailed to the floor by unimaginative percussion. The semi-acoustic instrumental Wire And Wood is pleasant but goes nowhere, and even two collaborations with Moby do nothing to up the interest. There may well be life on Planet Midge, but there's little evidence of it here.
Johnny Black, Hi Fi News, 2014
Tweet this Fact