Musical extravaganza, The Defender, is playing at The Herald Square Theatre on Broadway, New York City, USA, during a run of sixty performances. The show is best remembered for introducing the song In The Good Old Summer Time, which will become a popular standard.
PermaLink
◄ ►
Green Bailey records The Santa Barbara Earthquake and The Fate Of Ellen Smith for Gennett Records in Richmond, Indiana, USA.
PermaLink

Duke Ellington opens at The Windsor Theatre, The Bronx, New York City, USA, with Stump And Stumpy, Ivie Anderson, Bill Bailey, Mary Bryant and The Hot Harlem Revue.
PermaLink
◄ ►
Johnnie Ray holds half of the Top 6 positions on the Billboard national music charts in the USA. At No1 is Cry, with Please Mr. Sun at No3 and The Little White Cloud That Cried at No6.
PermaLink 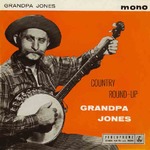 The Shirelles play during a week of shows at The Hurricane Room, Wildwood, New Jersey, USA.
PermaLink

Rory Storm And The Hurricanes, including drummer Ringo Starr, are fulfilling a three month residency at the Rock And Calypso Ballroom, Butlins, Skegness, England, UK, Europe.
PermaLink
◄ ►
Alma Cogan, Josh Macrae, Russ Sainty, Michael Redway, The Rhet Stroller Group, The Del-Fi's, Tommy Sanderson And The Sandmen, The Monty Sunshine Band and Beryl Bryden perform live on the BBC Light Programme radio show Saturday Club, from London, England, UK, Europe. The show is presented by Brian Matthew.
PermaLink
The Top Ten singles on the Fabulous 56 Survey of WQAM Radio in Miami, Florida, USA, for the week ending on this date are as follows :
1. Hey Paula - Paul And Paula
2. Ruby Baby - Dion
3. Baby Doll - Carlo
4. Walk Right In - The Rooftop Singers
5. Rhythm Of The Rain - The Cascades
6. Walk Like A Man - The Four Seasons
7. Wild Weekend - The Rebels
8. Proud - Johnny Crawford
9. Linda - Jan And Dean
10. Lone Teen Ranger - Jerry Landis [who will later find success as Paul Simon]
PermaLink
Those Lazy-Hazy-Crazy Days Of Summer by Nat King Cole is the highest new entry in the Cash Box magazine chart of the best-selling singles in the USA, entering at No63.
PermaLink
Roy Orbison releases a new single, Borne On The Wind, in the UK on London Records.

PermaLink
Read More
Half of the singles in the newly published Billboard Top Ten Singles Chart in the USA are by British acts. BILLBOARD MAGAZINE - SINGLES CHART - July 4,1964
1. I GET AROUND - THE BEACH BOYS
2. My Boy Lollipop - Millie Small
3. Memphis - Johnny Rivers
4. Don't Let The Sun Catch You Crying - Gerry And The Pacemakers
5. People - Barbara Streisand
6. A World Without Love - Peter And Gordon
7. Chapel Of Love - The Dixie Cups
8. Rag Doll - The Four Seasons
9. Bad To Me - Billy J.Kramer And The Dakotas
10. Can't You See That She's Mine - The Dave Clark Five
PermaLink
Glenn Yarbrough records Baby The Rain Must Fall, in Hollywood, Los Angeles, California, USA. The session features David Gates as orchestral conductor and Glen Campbell on guitar. The song will be used as the title track to a Steve McQueen movie,
PermaLink
What Have They Done To The Rain by The Searchers peaks at No7 in the Singles Chart in Sweden, Europe.
PermaLink
Jimmy Dean releases a new single, Harvest Of Sunshine, on Columbia Records in the USA.
PermaLink
Summer In The City by The Lovin' Spoonful is awarded a Gold Disc in the USA by the R.I.A.A.
PermaLink
Jethro Tull release their debut single, Sunshine Day/Aeroplane, on MGM Records in the UK, but their name is mis-spelled on the record as Jethro Toe.
PermaLink
◄ ►
Hour Glass and The Sunshine Company play the last of three nights at the Whisky-A-Go-Go, Los Angeles, California, USA. Hour Glass, features Gregg and Duane Allman, later to form The Allman Brothers Band.
PermaLink 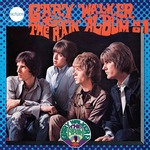 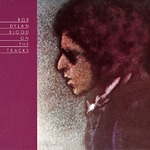 Bob Dylan is in Columbia A+R Studios, New York City, USA, overseeing organ overdubs by Paul Griffin on the song Idiot Wind, for the album Blood On The Tracks.
PermaLink

The Glove, a 'supergroup' formed by Robert Smith of The Cure and Steve Severin of Siouxsie And The Banshees, release their only album, Blue Sunshine, on Wonderland Records in the UK.
PermaLink
Read More

Approaching the end of his Purple Rain tour, Prince issues a statement that he is about to stop live performances.
PermaLink
Read More

Ringo Starr adds his vocal contribution to a charity recording, Spirit Of The Forest, in SARM West studios, London, England, UK, Europe. The completed track, aimed at raising money to preserve the rain forests, will feature contributions from Brian Wilson of the Beach Boys, Mick Fleetwood of Fleetwood Mac, Dave Gilmour of Pink Floyd, Ringo Starr and others.
PermaLink

Rock vocalist Chris Hutton approaches guitarist Paul 'Bonehead' Arthurs in a pub in Manchester, England, UK, and suggests that they should form a band. Bonehead agrees and, with another friend, Paul 'Guigs' McGuigan, they will form The Rain. In due course, Hutton will be supplanted as vocalist by Liam Gallagher, and the group will evolve into Oasis.
PermaLink 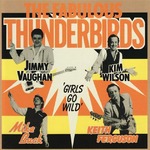 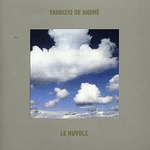 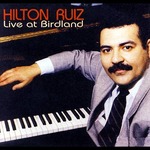 Hilton Ruiz, who found success as a Nuyorican jazz pianist in the Afro-Cuban jazz mold, and as a talented bebop player, dies in New orleans, Louisiana, USA. He had been performing in New Orleans when Hurricane Katrina struck, and was injured in the ensuing chaos. He was taken to a local hospital, but had slipped into a coma, and died without regaining consciousness one week after his 54th birthday.
PermaLink 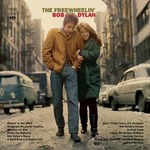 Suze Rotolo dies of lung cancer, aged 67, in Manhattan, New York City, USA. She is best-remembered as an early girlfriend of Bob Dylan, seen at the age of nineteen on the cover of Dylan's Freewheelin' album - strolling arm-in-arm with him down a snow-covered street in Greenwich Village, New York City, USA.
PermaLink
The Red Hot Chili Peppers play at Ulster Hall, Belfast, Northern Ireland. During this show, they play a 60-minute set from which The Adventures of Rain Dance Maggie is broadcast live on the 2011 MTV Europe Music Awards.
PermaLink

In the face of severe storm conditions, Kings Of Leon are obliged to cancel their headlining slot at The Governor's Ball Festival, Randall's Island, New York State, USA. However, they return the next morning to play a 45 minute set for the fans who have remained on site despite the weather.
PermaLink