Random selection from around 680 Facts
Click to filter results

.. Older ..
The Elvis Presley film soundtrack album, Fun In Acapulco, peaks at No3 in the Billboard chart in the USA.
PermaLink

The Grand Ole Opry in Nashville, Tennessee, USA, is pre-taped for the first time in its history, to allow for video-taping of The Country Music Association Awards show which will be shown in NBC-tv on October 30.
PermaLink
When the J. Geils Band appear on New York City tv's Joe Franklin Show, they re-create their Centerfold single video by forming a human pyramid and splashing each other with paint.
PermaLink
Film director John Landis and his producing partner, George Folsey Jr., visit Michael Jackson in his high-walled mock-Tudor estate at Hayvenhurst, Encino, California, USA, to discuss the possibility of making a video for the song Thriller.
PermaLink
Paul McCartney and Michael Jackson spend the last of four days of filming in Los Alamos, California, to make a promo video for their newly released single, Say, Say, Say.
PermaLink
Hints of discontent in The Jacksons' camp come when the New York Post reports that, after Michael Jackson walked out of a video shoot for the new single, Torture, he was replaced by a wax dummy. The story is officially denied.
PermaLink
◄ ►
At the BPI BRIT Awards in the Grosvenor House Hotel, London, England, UK, Europe, Prince collects the Best International Artist and Best Soundtrack album awards. Wham! is Best British Group. Frankie Goes To Hollywood collect awards for Best Single (Relax), Best New Group and Best Producer (Trevor Horn). Police scoop the Outstanding Contribution To British Music trophy. Duran Duran win the Best British Music Video award for Wild Boys.
PermaLink
Read More

Madonna releases Mad onna Live: The Virgin Tour, her second video album and first live release, in the USA. It is released by Warner Music Video and Sire Records.
PermaLink
Queen release a video compilation, Who Wants To Live Forever, in the UK.
PermaLink
At the Country Club, Los Angeles, California, USA, Mick Jagger of The Rolling Stones makes a promotional video for his upcoming solo single, Throwaway. Jeff Beck is on guitar.
PermaLink
The music video for the Madonna single Cherish premieres on MTV in the USA.
PermaLink
Michael Jackson's Black Or White video premieres on the Fox tv network in the USA.
PermaLink
◄ ►
When Nirvana play at the MTV Video Music Awards, bassist Krist Novoselic throws his instrument high into the air at the end of their performance of Lithium. Unfortunately, on its way back to earth, the instrument strikes him in the head and knocks him to the ground.
PermaLink

D. A. Pennebaker's Bob Dylan documentary Don't Look Back is released on DVD. It includes an alternate version of the Subterranean Homesick Blues video and four new sound tracks.
PermaLink 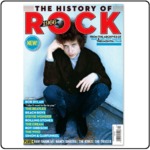 D. A. Pennebaker's Bob Dylan documentary Don't Look Back is released on DVD. It includes an alternate version of the Subterranean Homesick Blues video and four new sound tracks.
PermaLink
The innovative video for Fatboy Slim's Weapon Of Choice, which features charismatic actor Christopher Walken dancing in a hotel, wins six awards at the MTV Video Music Awards.
PermaLink
The video for Who's Your Daddy by Toby Keith has its debut on CMT-tv in the USA.
PermaLink
Britney Spears injures her knee during a video shoot for the song Outrageous. As a result, the remainder of the dates on her Onyx Hotel tour will be cancelled.
PermaLink
Coldplay play at Reebok Stadium, Bolton, England, UK, supported by Doves. At the end of the show, Coldplay film a video for their next single, Fix You.
PermaLink
Lost Alone spend the second of two days making a video for their upcoming single, Blood Is Sharp, in Devizes, Wiltshire, UK.
PermaLink

The original version of the computer-video game Rock Band is released in the USA.
PermaLink
Black Eyed Peas' manager Polo Molina clashes with celebrity blogger Perez Hilton at the MuchMusic Video Awards in Toronto, Canada. He is charged with assault after allegedly punching Hilton during a confrontation over remarks he had made about Peas star Fergie and the band's new record The E.N.D.
PermaLink
Dr Conrad Murray, the physician accused of killing Michael Jackson, places a brief video on YouTube thanking friends for their support, but says he is unable to return phone calls or emails because of death threats.
PermaLink
Alicia Keys and Beyonce film the video for their duet single Put It In a Love Song in the Morro da Conceicao neighborhood of Rio de Janeiro, Brazil, South America.
PermaLink 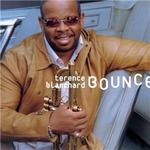 The documentary DVD Icons Among Us - Jazz In The Present Tense is released. The DVD examines several creative contemporary jazz artists, including Nicholas Payton, Terence Blanchard, Ravi Coltrane, Dave Douglas, Brian Blade, Roy Hargrove, Medeski. Martin and Wood, Bill Frisell and Matthew Shipp, making a powerful case that the new millennium boasts a jazz scene which is as strong and creative as any before it.
PermaLink

It is reported that Dahvie Vanity, vocalist of electronic music duo Blood On The Dance Floor has been charged with rape for the 2nd time, this time involving recent viral video star Jessi Slaughter.
PermaLink
Singer Alice Offley, formerly with the band The Mentalists, makes a video for her new single, Something Beautiful, on location in her home town of Swindon, Wiltshire, UK.
PermaLink 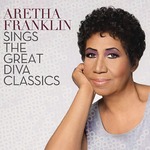 Aretha Franklin films a special message for the Grammys at her home in Bloomfield Hills, Michigan, USA.
PermaLink
LMFAO film a video for their single Sexy And I Know It, in Venice Beach, California, USA.
PermaLink
The video for Friday by Rebecca Black is uploaded to YouTube again. It had been removed in June 2011 because of a copyright claim from Black. Since its release in March 2011, it has also become the most hated video on YouTube, surpassing Baby by the previous holder of that title, Justin Bieber.
PermaLink
Overnight, an internet video clip of Walk Off The Earth and Sarah Blackwood performing Somebody That I Used To Know [originally by Gotye and Kimbra] generates another 4m-plus views bringing it to a total of 15,339,711 views in just 6 days. (2012)

PermaLink
It is reported that French far right leader Marine Le Pen will be suing Madonna because the singer used a video depicting the Front National president with a swastika on her face at her recent show in Paris, France, Europe, during her MDNA Tour.
PermaLink

British rapper Professor Green takes to Twitter to blast his record company for mis-handling his recent releases. Green alleges that Never Be A Right Time [2012, No.35], had been 'rushed? by his label, EMI imprint Virgin Records. He also claims that the video for follow-up single Remedy [2012, No.18] was 'a month late'. He Tweets, 'How would you feel if a company taking 25% of your earnings weren't doing their jobs properly? Would you pay someone not doing their job? Why would your own record label hinder you?"
PermaLink
Rihanna wins the Video Of The Year prize for We Found Love, at The MTV Video Music Awards in The Staples Center, Los Angeles, California, USA. Other winners include One Direction and Drake. Live performances are provided by Frank Ocean, Green Day, Pink, Alicia Keys and Taylor Swift.
PermaLink
Gangnam Style by Korean rapper Psy becomes the first K-pop single to reach No1 in the UK singles chart. On the same day, it is announced that the video for the single has now been viewed 325m times on YouTube.
PermaLink
When The Dukes Of September, a supergroup comprising Donald Fagen, Michael McDonald and Boz Scaggs, play at The Lincoln Center, New York City, USA, the show is recorded and will be released as a DVD two year later.
PermaLink

The Muse in concert video Live At Rome Olympic Stadium, is given limited cinematic release in twenty cities worldwide, and the next day it is screened for one night only in forty other territories. It was filmed on July 6, 2013, during their Unsustainable Tour, at Stadio Olimpico, Rome, Italy, Europe, in front of a crowd of 60,963 people.
PermaLink 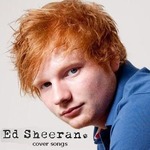 Ed Sheeran announces his official music video for Sing, featuring Pharrell Williams, via his Twitter account.
PermaLink
Brody Dalle releases a new video for her song Don't Mess With Me.
PermaLink
Coldplay are filming the video for their song True Love on Venice Beach, Los Angeles, California, USA.
PermaLink
Ariana Grande is the musical guest when Saturday Night Live premieres its fortieth season during the 2014–15 television season on NBC.
PermaLink
Echosmith release the official video for their song Let's Love.
PermaLink
Ed Sheer-Ham, a pig painted to look like Ed Sheeran, is among the exhibits in the Pigs Gone Wild art trail in Ipswich, Suffolk, England, UK, Europe. The pigs are auctioned to raise money for the St. Elizabeth Hospice, and Sheeran himself is the highest bidder for Sheer-Ham.
PermaLink
One Direction release the single History.
PermaLink

Guided By Voices play at The Music Hall of Williamsburg, Brooklyn, New York City, USA.
PermaLink
Taylor Swift debuts the new video for her song You Need To Calm Down, on tv show Good Morning America in the USA. Released during LGBTQ Pride Month, the song includes a call to action. "Let's show our pride by demanding that, on a national level, our laws truly treat all our citizens equally," reads an on-screen message at end of the video. "Please sign my petition for Senate support of the Equality Act on Change.org."
PermaLink

It is widely reported that singer-songwriter Ed Sheeran recently revealed, during an interview with Charlamagne The God in a video uploaded to YouTube, that he is now married to fiancée Cherry Seaborn. Unconfirmed reports that he married Seaborn had been circulating for months.
PermaLink
.. Newer ..