PermaLink
◄ ►
The Illinois Central Railroad introduces the City of New Orleans train on the 934 miles (1,503 km) line between Chicago, Illinois, USA, and New Orleans, Louisiana. Inspired by the train, Steve Goodman will write and record the song City Of New Orleans, which will subsequently be covered by Arlo Guthrie, Willie Nelson, Johnny Cash, John Denver, Judy Collins, Jerry Reed and others.
PermaLink

The Detours play at The Railway Hotel, Wealdstone, London, England, UK, Europe. The group will find much greater success after they evolve to become The Who.
PermaLink
Vinny Bell With Claus Ogerman and The Charles Calello Orchestra records Night Train, Train Man's Blues and Last Stop for Verve Records in the USA.
PermaLink
Gary Usher releases a new single, Sacramento, in the USA. The song is co-written and produced by Brian Wilson of The Beach Boys.

The Who, billed as The High Numbers, play at The Railway Hotel, Harrow And Wealdstone, UK.
PermaLink
King Of The Road by Roger Miller reaches No1 in the UK singles chart, for one week.
PermaLink
Roy Orbison records The Loner, This Is My Land, A New Star, Breakin' Up Is Breakin' My Heart and other tracks in RCA Victor Studio, 800 17th Avenue South, Nashville, Tennessee, USA.
PermaLink
Zoot Money And His Big Roll Band record a live album, Zoot!, at Klook's Kleek in The Railway Hotel, West Hampstead, London, UK. Guitarist in the group is Andy Summers, later to become a member of The Police.
PermaLink

During a three-day trip to Russia, Europe, David Bowie attends the May Day Parade in Moscow. (Not being an enthusiastic flier, he made the trip by train, on his way home after a Japanese tour)
PermaLink 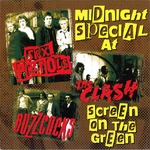 English progressive rock band Big Big Train announces via their official blog that Dave Gregory (best known as guitarist for XTC) will be appearing as a guest musician on their sixth studio album.
PermaLink 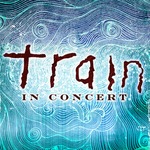 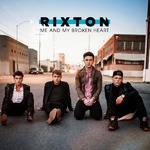 Rixton play at two festivals in one day - The Wireless festival and The British Summer Time Festival. Both events are in London, UK, and the group travels between them on the London Underground.
PermaLink

Train play at Radio City Music Hall, New York City, USA.
PermaLink
Bob Seger and country superstar Jason Aldean collaborate on CMT's Crossroads, on tv in the USA. The two join forces for Seger's Hollywood Nights, Turn the Page, Against the Wind and Hey Gypsy, plus Aldean's Tattoo, Just Gettin' Started, She's Country and Night Train.
PermaLink
I Play Chicken With The Train by country rap artist Cowboy Troy is the No. 1 country download at the iTunes Music Store on this day.
PermaLink