Random selection from around 1,000 Facts
Click to filter results

.. Older ..
Anthony Faas, of Philadelphia, Pennsylvania, is granted a patent for a musical instrument which he calls an accordion.
PermaLink
Thomas Edison makes a sound recording of the nursery rhyme 'Mary Had A Little lamb'. This is the first audio recording of the human voice. Edison's achievements will, of course, pave the way for the modern recorded music industry, but he will also inspire several songs specifically about him. Edison by The Bee Gees will appear on their 1969 album Odessa. Other songs about Edison include The Wizard of Menlo Park [2004] by Chumbawamba and Edison's Medicine [1991] by Tesla.
PermaLink
Thomas Edison applies for a patent for his new invention, the phonograph.
PermaLink
Thomas Alva Edison sells his latest invention, the phonograph, for $10,000 and a 10% royalty. As a result of this deal, The Edison Speaking Phonograph Company is set up.
PermaLink
Read More
Thomas Edison is granted a patent, No 393465, in connection with his invention of a Method of Preparing Phonograph Recording-Surfaces.
PermaLink
◄ ►
The Morning Oregonian newspaper reports that Fred Fritz's Concert Hall in Portland, Oregon, USA, has acquired "a magnificent orchestrion", imported direct from Germany, Europe, which plays "all of the latest classical and popular music". The paper urges its readers to go and see this mechanical instrument, which is "run by electricity and contains 164 pipes with a blending of sixteen instruments. It is said to be only one of six such instruments in the USA.

PermaLink
Ademor N. Petit applies for a patent in the USA for his invention of double-sided phonograph records.
PermaLink

Gustav Otto and Ferdinand Schaub of Jersey City, Jersey, USA, apply for a patent for their invention of a new and improved type of mechanical music box.
PermaLink

Henry Schwesinger of Detroit, Michigan, USA, files a patent application in respect of his invention of a pneumatic piano-playing apparatus.
PermaLink
◄ ►
In ongoing endeavours to perfect the use of sound for films, Leon Gaumont, aided by engineer Leopold Decaux, presents three chronophone sound films (aka photoscenes) two of which feature dances accompanied by music, at the Societe Francaise de Photographie in Paris, France, Europe.
PermaLink

Lester Polfus is born in Waukesha, Wisconsin, USA. He will find fame as Les Paul, the innovative guitarist often credited with inventing the first electric guitar. He will also enjoy a successful recording career, as half of the husband and wife duo Les Paul And Mary Ford.
PermaLink
Read More
The modern style jukebox is born when Bertram C. Kenyon, Wilmur W. Boa, and Clifford H. Green apply for a patent for a coin-operated phonograph with a record changing mechanism. As a result, the Automatic Musical Instrument Co (AMI) will introduce the first coin-operated, electrically amplified, 20-selection phonograph based on a mechanical ten-record system that plays both sides of each disc.
PermaLink 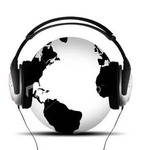 Time magazine runs an article explaining the newly introduced stereophonic method of sound recording. "In stereophonic recording, sound is picked up by three microphones widely separated on the sound stage, to produce an illusion of tonal depth and space comparable to that of an actual performance."
PermaLink
Mockin' Bird Hill by Les Paul And Mary Ford is the current No1 single in the UK.
PermaLink
A program entitled What's New In Music?, on WQXR Radio in New York City, USA, features musical works composed by computers, including Illiac Suite For String Quartet by The Illiac Electronic Computer at the University Of Illinois, and Rhapsodic Variations For Tape Recorder And Orchestra by Otto Luenin and Vladimir Ussachevsky.
PermaLink
Stanley Milgram, an assistant professor of psychology at Yale University, New Haven, Connecticut, USA, begins a series of experiments to determine how main pain one person might inflict on another if ordered to do so. The alarming results of Experiment 18 - showing that 37 of 40 people would inflict a high degree of pain - will inspire the song We Do What We're Told (Milgram's 37) on the 1986 Peter Gabriel album So.

PermaLink
A patent for the Gibson Maestro Fuzz-Tone guitar effects pedal is granted in the USA.
PermaLink

Apparently worried that drum machines and synthesisers will put musicians out of work, the UK Musicians Union puts forward a resolution to ban these new devices from recording studios.
PermaLink 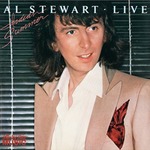 It is reported in Sounds music newspaper that Al Stewart is planning to provide facilities which would allow audience members to plug directly into the mixing desk at his concerts in order to make recordings of his live shows.
PermaLink
Read More 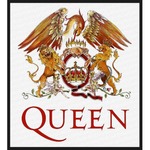 Roger Taylor of Queen earns himself a place in the Guinness Book Of Records by playing live for the largest audience to date on an internet concert accessed through the Queen/Roger Taylor website, which recorded 595,000 hits during the event.
PermaLink
Cher releases her new single, Believe, in the USA. Noted for its use of Antares Auto-Tune pitch-correction software on her vocals, it will become one of the best-selling singles of all time, selling over 10m copies worldwide.
PermaLink

Cornell Zachary of Los Angeles, California, USA, files a lawsuit against Duran Duran claiming that, because his phone number was mistakenly given out as their contact number, he has been flooded with calls, resulting in invasion of privacy and emotional distress. More specifically, Zachary claims to have suffered "life-threatening high blood-pressure episodes" and developed a sleeping disorder.
PermaLink

Superior Court Judge Rodney Melville, presiding over Michael Jackson's child molestation trial in Santa Maria, California, USA, rules that adult material from Internet sites found on Jackson's computers, is not admissible as prosecution evidence because it may have been automatically stored by the computers and because "there wouldn't be any way of knowing if anyone looked at the material."
PermaLink

Paul McCartney performs The Beatles' song Good Day Sunshine live to the crew of the International Space Station in the first-ever concert link-up to the space station.
PermaLink

Texan teenager Danny Johnson enters the Guinness Book of World Records after scoring close to one million points on the computer game Guitar Hero during an official record-breaking attempt in New York City. Johnson achieved his record-breaking score during a seven-minute bout of playing Through The Fire And Flames by Dragonforce.
PermaLink

The term 'Britney Spears Dead? briefly becomes the most popular search term on Google, after rumours of her death begin spreading.
PermaLink

U.S. District Judge Nancy Gertner rules that Joel Tenenbaum, a Boston University student ordered to pay $675,000 for copyright infringement, need only pay one tenth of that fine. The judge states that the fine was "unconstitutionally excessive." . Tenenbaum had downloaded and shared music files to millions of people by uploading the files onto P2P networks including Napster and Limewire.
PermaLink
◄ ►
A feature published by Nature Neuroscience reveals that the delicious chills felt by music lovers when listening to their favorite pieces of music are caused by a spike in the level of dopamine in their brains. Dopamine is the same neurotransmitter that's involved in reward, motivation, and addiction.
PermaLink 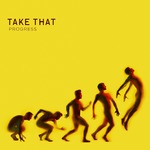 When Take That play the second of eight nights at The City Of Manchester Stadium, Manchester, England, UK, Europe, Progress Live tour, a malfunction of the tour's mechanical robot leaves Mark Owen and Howard Donald stuck 10m in the air above the rest of the band until they can be brought down on ladders.
PermaLink

It is reported that Lady Gaga's Twitter account has been hijacked by hackers who used the site to send out a fake message promising all of her 17m followers a free iPad 2.
PermaLink
The South Korean technology company Samsung Electronics announces that rapper Psy will be one of the new faces promoting its Zipel line of refrigerators.
PermaLink 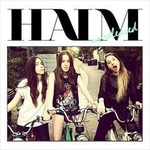 The 7th annual Record Store Day is celebrated in independent record stores around the world, with artists making special appearances and issuing special vinyl and CD releases to encourage people to support local record shops. This year, Haim, Kings of Leon and Bombay Bicycle Club are among the artists taking part, and One Direction release a special version of their single Midnight Memories.
PermaLink

Morrissey (apparently) makes his first posting on Twitter with the words, 'Hello. Testing. 1,2,3. Planet Earth, are you there? One can only hope..."
PermaLink 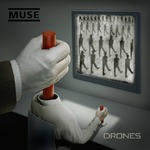 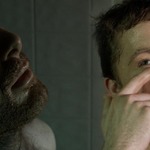 Music artists Ohm And Sport announce that Spotify has, in effect, shut down their recently-launched app, Eternify, which enabled listeners to stream music from Spotify in 30-second increments to generate royalties for their favorite artists.
PermaLink

The Starbucks Coffee Company launches a new digital music service in partnership with Spotify, enabling Starbucks Mobile App customers to immediately identify music playing in Starbucks® stores, save that music to a Spotify playlist and thus listen to Starbucks-curated music on Spotify wherever they go. This service is available to customers at more than 7,500 Starbucks stores in the USA.
PermaLink
◄ ►
Avril Lavigne posts a Twitter comment criticising Faceboook boss Mark Zuckerberg for his recent uncharitable comments about Nickelback, whose leader just happens to be Avril's ex-husband Chad Kroeger. The tweet follows a recent comment by Zuckerberg to the effect that "there are no good Nickelback songs".
PermaLink

It is reported that Ed Sheeran has made streaming history by notching up a combined 13m global streams in the first 24 hours on sale of his single Shape Of You/Castle On The Hill. Shape Of You racked up 6,868,642 and Castle On The Hill accumulated 6,168,395, Ed has now overtaken the previous record holders, One Direction, who notched up 4,759,698 streams with Drag Me Down in August 2015.
PermaLink

On their WorldWired tour, Metallica play the first of three nights at The Royal Arena, Copenhagen, Denmark, Europe, supported by Hatesphere. This show marks the opening of The Royal Arena.
PermaLink
Read More
◄ ►
It is reported that sixteen social media stars, including singers Ellie Goulding and Rita Ora, have agreed to change how they post online, in order to make it clear whether they have been paid or received any gifts or loans of the products they endorse.
PermaLink
◄ ►
In his ongoing feud with Taylor Swift, Justin Bieber mocks Swift's recently released 'banana' video in an Instagram Live clip. In the video Swift is seen post-surgery, in tears because of a banana.
PermaLink
.. Newer ..