Random selection from around 6,600 Facts
Click to filter results 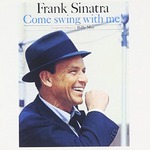 Connie Francis demonstrates her versatility by appearing on tv's Jack Benny Show in the USA in a comedy sketch.
PermaLink

The Rolling Stones make their first appearance on British TV pop show Scene At 6.30, which is recorded in Manchester, England, UK, Europe.
PermaLink 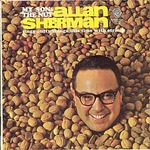 Comedian and recording artist Allan Sherman appears on the Perry Como Show on NBC-tv in the USA.
PermaLink

The Beatles are in rehearsal in London for the next night's appearance on UK tv show Sunday Night At The London Palladium.
PermaLink 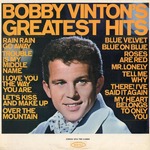 It is announced that, having filmed a pilot for his own half-hour-long musical variety tv show, Bobby Vinton is now working to have the show syndicated in the USA.
PermaLink
The Beach Boys appear on tv's Red Skelton Show in the USA.
PermaLink
UK tv show Top Of The Pops features a live performance of Shout by Lulu And The Luvvers.

The Hollies, Screamin' Lord Sutch and The Rockin' Berries appear on BBC-2 tv show The Beat Room in the UK.
PermaLink

Louis Armstrong is seen on the ABC-tv show The Hollywood Palace, which had been pre-recorded at The ABC Palace Theatre, Los Angeles, California, USA. He performs Hello Dolly, Mack The Knife, Blueberry Hill and other tracks.
PermaLink

Billy Fury stars in the first edition of a new tv pop music show, Chart Busters, on Southern-tv in the UK.
PermaLink
TV rock show Where The Action Is in the USA, features Gene Pitney performing Town Without Pity and [I Wanna] Love My Life Away plus The Standells performing Dirty Water.
PermaLink 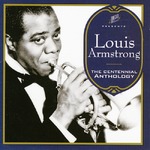 A new musical comedy program, Operation: Entertainment, begins on ABC-tv in the USA, aimed at past and present veterans of the military in the USA. The first edition features Louis Armstrong, Vikki Carr, The Lennon Sisters and Checkmates Ltd. Each week, the show will be filmed at a different military base with a different host, and it will run for a little over one year.
PermaLink
The Thad Jones - Mel Lewis Orchestra appears on the NET-tv show Jazz Casual in San Francisco, California, USA.
PermaLink

Mary Hopkin, a young Welsh singer, appears on the tv talent show Opportunity Knocks in the UK. She is seen by top model Twiggy, who will recommend her to Paul McCartney of The Beatles.
PermaLink
Read More

David Cassidy makes his Broadway, New York City, USA, debut in the stage musical The Fig Leaves Are Falling. The show will close after four performances but a casting director who sees it invites Cassidy to take a screen test. In 1969, Cassidy will move to Los Angeles, California, USA, where he will find success in the cast of tv series The Partridge Family.
PermaLink
◄ ►
Petula Clark celebrates her 30th anniversary in show business with a concert at the Royal Albert Hall, London, England, UK, Europe. The show is filmed and will be broadcast as the first program ever transmitted in colour by the BBC.
PermaLink

Folk singer-songwriter Jake Thackray plays at The Tunnel, Oxford, England, UK, Europe. Intriguingly, a ticket for this show is used as an alibi in an episode of the tv series Endeavour.
PermaLink
The Police make their debut on BBC TV's weekly music chart show Top Of The Pops, performing Roxanne.
PermaLink
Just Nu! by Tomas Ledin reaches No1 in the Singles Chart in Sweden, Europe,.
PermaLink

In Nottingham, England, UK, Europe, Sting of The Police begins work as an actor on the BBC-tv film, Artemis 81.
PermaLink 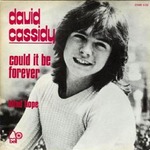 It is announced that Alanis Morissette is to star in a forthcoming US tv sitcom, We're With The Band.
PermaLink 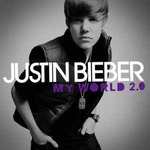 Oritse Williams, formerly a member of boy band JLS, is charged with raping a fan at a hotel in Wolverhampton, England, UK, Europe in December 2016.
PermaLink