Random selection from around 860 Facts
Click to filter results

The first stage production of The Wizard Of Oz is playing at The Grand Opera House, Chicago, Illinois, USA.
PermaLink

The Wizard Of Oz, described by one critic as "a whirl of girls" is playing at The Majestic Theatre, New York City, USA.
PermaLink
◄ ►
Robert Plotnik is born in Baltimore, Maryland, USA. He will find success Bleecker Bob, in New York City, after opening Bleecker Bob's Golden Oldies in 1967. It became an iconic second hand vinyl store in Greenwich Village, and a gathering place for music lovers. It was in Bleecker Bob's that Patti Smith met Lenny Kaye; Joey Ramone was a regular customer, Robert Plant, David Bowie, Frank Zappa and David Byrne would drop by.
PermaLink

The Walt Disney ainimated musical feature Peter Pan is released to cinemas in the USA. The film includes such Sammy Cahn-composed songs as The Second Star To The Right, You Can Fly and A Pirate's Life.
PermaLink
Monster Mash by Bobby 'Boris' Pickett and the Crypt Kickers reaches No1 in the Canadian pop singles chart.

Those Without play at The Congregational Church Youth Club, Cambridge, England, UK, Europe. Their guitarist is Syd Barrett, who will later form Pink Floyd.
PermaLink

The Squires, with Neil Young on lead guitar, play the first of six nights at The Twilight Zone, Winnipeg, Canada.
PermaLink

Screaming Lord Sutch plays at The Cellar, Kingston-On-Thames, UK.
PermaLink
David Bowie records the second version of his song When I Live My Dream for Deram Records in London, England, UK, Europe.
PermaLink 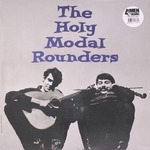 The Holy Modal Rounders take part in an experiment to prove the existence of telepathy. At a concert by the band in Manhattan, New York City, USA, the whole audience is asked to mentally transmit the message 'birds', while the band plays the song If You Want To Be A Bird. Five individuals within 100 miles of the concert are monitored to see if they are receiving any message. The results are inconclusive.
PermaLink
The Rolling Stones finish recording Sympathy For The Devil at Olympic Studios, London, England, UK, Europe.
PermaLink
Read More
◄ ►
King Crimson play at The Speakeasy, London, England, UK, Europe. David Bowie attends the gig and it is on this night that he meets Mary Angela Barnett, the future Angie Bowie.
PermaLink 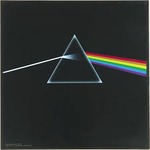 Pink Floyd give their first live performance of Eclipse, later to be known as Dark Side Of The Moon, at The Dome, Brighton, Sussex, UK.
PermaLink
Read More
Hawkwind play at an unofficial Glastonbury Festival, near Worthy Farm, Pilton, Somerset, England, UK.
PermaLink

Adam And The Ants play at The Empire Ballroom, London, England, UK, Europe, supported by Dave Berry And The Cruisers and Martian Dance.
PermaLink

Alice Cooper appears, dressed as a pregnant Alice In Wonderland, on the cover of Sounds music paper in the UK.
PermaLink 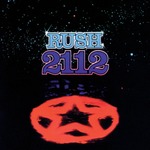 Rush release their fourth album, 2112, on Anthem Records in the USA.
PermaLink 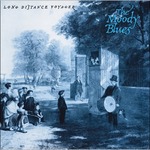 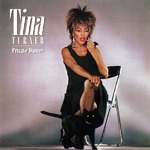 When Tina Turner plays at The NEC, Birmingham, England, UK, Europe, she is joined onstage by David Bowie.
PermaLink
At Abbey Road studios, London, England, UK, Europe, David Bowie and Mick Jagger record their version of the Martha And The Vandellas 1964 hit Dancing In The Street, for use in the upcoming African Famine Relief Charity Concert Live Aid.
PermaLink
Read More

Touring in support of their fourteenth album, The Chronicle Of The Black Sword, Hawkwind play at The Empire, Liverpool, England, UK, Europe.
PermaLink

Country music star John Denver begins three days of medical evaluation and tests with NASA in Houston, Texas, USA, to determine his fitness to be launched into space aboard the Russian Mir Space Station. The Russian authorities had contacted numerous Americans, including scientists and politicians, offering the chance to go into space, and Denver was one of those who applied.
PermaLink

On his Sound And Vision tour, David Bowie plays the second of two nights at The World Music Amphitheater, Chicago, Illinois, USA.
PermaLink 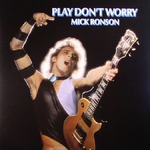 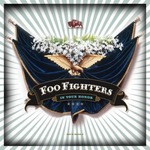 The Foo Fighters play a concert for 500 competition-winning fans in the abandoned Walker Air Force Base, Roswell, New Mexico, USA, site of the alleged alien autopsy that followed the crash of an equally alleged UFO.
PermaLink 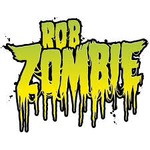 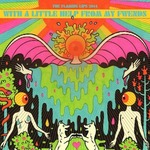 Torrential rain and 80mph winds hit the stage during a Flaming Lips performance at the Brady Block Party in Tulsa, Oklahoma, USA. Bassist Michael Ivins narrowly escapes being crushed when he leaps to safety as a 15-foot video screen topples over the back of the stage.
PermaLink 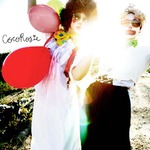