Random selection from around 1,200 Facts
Click to filter results

Williams And Walker are starring in their musical show Sons Of Ham at The California Theatre, San Francisco, California, USA. (A popular song and dance duo, Bert Williams and George Walker are often cited as the first African-American superstars.)
PermaLink
◄ ►
Put Me Off At Buffalo, billed as a "hilarious musical comedy success", is playing at The Bijou Theatre, Richmond, Virginia, USA. The play is based on a popular song of the same name, in which a passenger is mistakenly ejected from a train at Buffalo by an inebriated negro porter, described in the song as a 'coon' and a 'nigger'.
PermaLink
The St. Louis Star reports that The Glen Echo Club of St. Louis, Missouri, USA, has opened its golfing season with a dance at which, "A negro quintet furnished the music."
PermaLink

Comedy singing act Cushman, Holcomb And Curtis play at The Suburban, St. Louis, Missouri, USA. Also on the bill are Colibri's Midgets and "Premier Black-Face Comedians" Haines And Vidoco.
PermaLink
◄ ►
The Williams And Walker Company give a Command Performance of their hit African-American musical In Dahomey at Buckingham Palace, London, England, UK, in celebration of the Duke Of Windsor's eighth birthday. This is the first command performance at the Palace by a group of Negro theatrical entertainers.
PermaLink
◄ ►
Miss Maud Fanning, billed as "The Greatest Coon Singer In The World" is playing at The City Hall, Auckland, New Zealand, Oceania. Also on the bill is contralto vocalist Miss Belle Ray.
PermaLink

The Varsity Minstrels debut the newly-composed parody song The Eyes Of Texas Are Upon You during a show at Hancock Opera House, Austin, Texas, USA. The show is an event at which white University of Texas students mocked Black people.
PermaLink

A poem is published in The Tacoma Times, Washington State, USA, stating, "When you're in Walla Walla, friends, / You must not 'bunny hug' /Or 'turkey trot,' or likeas not, / They'll slam you in the jug; / And, girls, don't romp with 'Texas Tom'; / To do so's taking chances, / For the cops have put the kibosh on / Those naughty, naughty dances." The poem is a reference to legal action being taken over the popularity of 'animal' dances such as The Bunny Hug and Turkey Trot, usually performed to ragtime or jazz music.
PermaLink

Blues vocalist and guitarist Luke Jordan records Cocaine Blues, Traveling Coon, Church Bells Blues and Pick Poor Robin Clean, for Victor Records in Charlotte, North Carolina, USA.
PermaLink
Ernest Krenek's opera Johnny Strikes Up The Band [Jonny Spielt Auf] opens in Vienna, Austria, Europe. It will outrage the Nazi right wing in Austria and Germany because the central character, Johnny, is an American negro jazz fiddler who emerges as the winner in a combat between traditional and modern music.
PermaLink
The short musical film Black And Tan is released in the USA. It is the first film to feature Duke Ellington and His Orchestra performing as a jazz band, and is thought to express the emergence of African-American artists in New York City during the Harlem Renaissance.
PermaLink
Pretty Mama Blues by Ivory Joe Hunter is at No1 in the Billboard Magazine Best-Selling Retail Race Records chart in the USA.
PermaLink

Les Hite And His Orchestra play at The Chatterbox, Mountainside, New Jersey, USA, during an extended engagement . Hite's band are the first black musicians to have played at this venue.
PermaLink
Pima Native American Ira Hayes is one of the American soldiers who help raise the US flag at the battle of Iwo Jima, Japan, Asia. His tragic story - he died of alcoholism - will serve as the basis for the Johnny Cash hit The Ballad Of Ira Hayes, written by Peter La Farge.
PermaLink
Today is declared Josephine Baker Day by The National Association for the Advancement of Colored People (NAACP) in honour of the much-loved singer, dancer and actress who spent much of her life fighting racism.
PermaLink

Paul Robeson speaks at The Conference For Equal Rights For Negroes In The Arts, Sciences And Professions, in New York City, USA.
PermaLink

It is reported that young entrepreneur Berry Gordy Jr of Detroit, Michigan, USA, has announced plans to start his own recording label. The label will become the Motown Records empire.
PermaLink
UK pop weekly Melody Maker reports that the BBC's entry for the International Festival of Television Arts and Sciences is The Black And White Minstrel Show - in which white performers appear in blackface. Many consider this to be extremely bad taste.
PermaLink
◄ ►
When Chuck Berry, James Brown, Ben E. King, Sugar Pie DeSanto and others fail to show for a late-night gig at The Flamingo Club, Greenwich Street, Savannah, Georgia, USA, 1200 patrons go on a rampage which effectively destroys the venue. The same set of artists had, earlier in the evening, played a show at the local whites-only club, Bamboo Ranch, in the same town.
PermaLink
Read More

The LP The Black & White Minstrel Show by the George Mitchell Minstrels reaches No1 in the UK's NME Popular Albums chart. It will remain at No1 for a total of seven weeks.
PermaLink
◄ ►
After seeing The Twist danced at The Peppermint Lounge, influential New York Journal columnist Cholly Knickerbocker (real name Igor Cassini) writes that you don't have to be a teenager to enjoy doing this new dance.
PermaLink
Read More 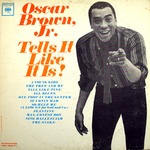 Martin Luther King sends a telegram to Dr. Clinton Warner advising him of an upcoming concert in Atlanta, Georgia, USA, by Sammy Davis Jr, who he describes as "one of the world's greatest entertainers".
PermaLink

A front page story in music trade magazine Billboard in the USA reports that "the radio industry is rallying to the support of the equal employment opportunity campaign 'Things Are Changing'."
PermaLink

The musical Hallelujah Baby!, starring Leslie Uggams, opens at The Martin Beck Theatre, Broadway, New York City, USA. It will run for 293 performances and will win the Tony Award as Best Musical.
PermaLink

John Lennon of The Beatles and Yoko Ono take part in a media event with British Black Power leader Malcolm X in Holloway, London, England, UK, Europe.
PermaLink
U2 release a new single, Pride (In The Name Of Love), in the UK.
PermaLink
◄ ►
The Redskins begin their Kick Over Apartheid tour with a show at Newcastle University, Newcastle, England, UK, Europe, supported by The Boothill Foot-Tappers.
PermaLink

On their Kick Over Apartheid tour, The Redskins play at Leeds University, Leeds, England, UK, Europe, supported by The Boothill Foot-Tappers.
PermaLink 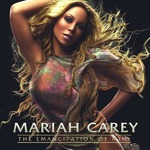 A pressure group called Black Information Link criticises the absence of black artists on the bill of the upcoming Live8 concert in London, England, UK, pointing out that Mariah Carey is the only performer from an ethnic minority. The concert is branded as being ‘hideously white’.
PermaLink
Brad Paisley and LL Cool J release a new duet, Accidental Racist, on Paisley's latest LP Wheelhouse, in the USA.
PermaLink
Read More
It is reported that PepsiCo has pulled a tv commercial developed by rapper Tyler The Creator for the PepsiCo drink product Mountain Dew in the USA. The ad had been criticized for portraying racial stereotypes and making light of violence toward women.
PermaLink
It is reported that The Manic Street Preachers are considering legal action against the right-wing EDL (English Defence League) which has been using the band's song If You Tolerate This Your Children Will Be Next, on its website. The left-leaning band is reportedly horrified, and their record label is demanding that the song be removed from the EDL website immediately.

During her concert in Commerzbank-Arena, Frankfurt, Germany, Europe, Rihanna dedicates her song Diamonds to the memory of those who died in the recent terrorist incident in the city of Nice, France, when Mohamed Lahouaiej Bouhlel drove a lorry into a crowd celebrating the country's national Bastille Day holiday. Rihanna had been in Nice on the day of the attack.
PermaLink

Jay-Z joins hundreds of marchers in Miami, Florida, USA, at the sixth annual Peace Walk And Peace Talk, organised by officials at The Trayvon Martin Foundation. JAY-Z gives an emotional speech at the event, which is held in memory of Trayvon Martin, the teenager shot dead in Sanford, Florida, in 2012.
PermaLink
Read More
◄ ►
One day after an Instagram posting in which Taylor Swift announced that she would be voting for Democratic candidates in her home state of Tennessee, USA, Prsident Donald Trump Tweets that he now likes her music about 25% less.
PermaLink
Read More

BBC Radio 5 Live host and former NME journalist Danny Baker is fired after having posted an image to Twitter showing a well-dressed man and woman holding hands with a monkey wearing a suit, with the caption 'Royal baby leaves hospital.' The image is widely perceived as a racist comment on the Royal Couple, Price Harry and Meghan Markle and their newborn baby Archie.
PermaLink
.. Newer ..