Random selection from around 9,000 Facts
Click to filter results

.. Older ..
Pablo Fanque's Circus Royal plays at The Town Meadows, Rochdale, England, UK, Europe. One hundred and twenty four years later, while filming the promotional video for Strawberry Fields Forever in Sevenoaks, Kent, UK, John Lennon of The Beatles visits an antique shop and buys a circus poster advertising this performance. The text of the poster will, in due course, inspire the lyrics of Lennon's song Being For The Benefit Of Mr. Kite.
PermaLink

John Tobler is born. In 1969, he will become the co-founder (with Pete Frame) of the UK's most influential underground rock magazine, Zigzag, and will go on to become a respected journalist, author and record company owner.
PermaLink

The Beatles play at The Tower Ballroom, New Brighton, Wallasey, England, UK, Europe. Also on the bill are Rory Storm And The Hurricanes, Derry And The Seniors and Cass And The Cassanovas.
PermaLink
The Beatles' latest single, From Me To You, is released in Sweden, Europe, on Odeon Records.
PermaLink

The Beatles play at The Grafton Rooms, Liverpool, England, UK, Europe, supported by The Undertakers, Sonny Webb And The Cascades, The Coasters and The Dennisons.
PermaLink
Read More
Producer George Martin records additional keyboard parts for The Beatles' tracks Money and I Wanna Be Your Man in EMI's Abbey Road Studios, London, England, UK, Europe.
PermaLink 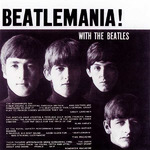 Using footage filmed months earlier, The CBS Evening News with Walter Cronkite in the USA runs a story about the phenomenon of Beatlemania, inspired by the success of The Beatles, in the United Kingdom. Marsha Albert, a young music fan listening to the radio broadcast will write to her local radio station, WWDC, in Washington DC, and ask to have a Beatles' track played. The response to the track, played on December 17, will quickly put it into heavy rotation.
PermaLink

UK pop paper the Melody Maker features an advertisement for 'Decca recording artistes Steve Marriott And The Frantiks'. The group will have little success, but Marriott will subsequently find fame as leader of The Small Faces and Humble Pie.
PermaLink
The Small Faces release a new single, Itchycoo Park, in the UK on Immediate Records.
PermaLink
Read More

In the Superior Court, San Jose, California, USA, a $530,000 (about £185,000) breach of contract law suit is filed by Tempo Productions against The Beatles and their Californian promoters, Mr. Pauli Catalana and Mr. Norman Weiss. The suit contends that Brian Epstein, manager of The Beatles, agreed orally with Tempo to stage a concert in San Mateo county on or about 31 August, but that Catalana and Weiss persuaded Epstein to repudiate the contract.
PermaLink

The Creation play at The Side Saddle Club, Doncaster, England, UK.
PermaLink

The Nice record a live session for BBC radio in London, England, UK, Europe, including a version of Frank Zappa's Lumpy Gravy.
PermaLink 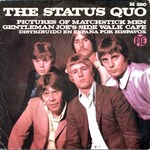 Jimi Hendrix flies to Toronto, Ontario, Canada, to face drugs charges, with business associate Bob Levine plus witness Sharon Lawrence and Jeanette Jacobs.
PermaLink
Read More
The World Wildlife Fund charity compilation album No One's Gonna Change Our World is released in the UK. It features The Beatles' track Across The Universe - marking the first time a Beatles track has appeared on a non-Beatles' album. 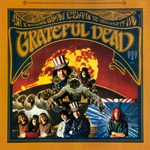 On their End Of The Road tour Status Quo play at The Stadthalle, Kassel, Germany, Europe.
PermaLink
Vivian Carter, co-founder of influential Chicago-based 50's r'n'b label Vee-Jay Records, dies. Her label was the first to release recordings by The Beatles in the USA.
PermaLink

During a press conference in Los Angeles, California, USA, Paul McCartney suggests that the surviving three members of The Beatles should re-unite, but he is quickly rebuffed by George Harrison who states that, "there won’t be a Beatles reunion as long as John Lennon remains dead."
PermaLink

U.S. District Judge Robert Takasugi rules that the FBI must turn over the remaining secret files on The Beatles' member John Lennon to a professor who has waged a more than twenty-year legal battle to get the documents. Takasugi rejected US government arguments that releasing the last ten pages would pose a national security risk because a foreign government secretly provided the information.
PermaLink 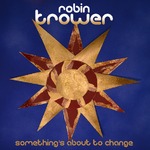