Random selection from around 3,400 Facts
Click to filter results

.. Older ..
The battleship USS Maine explodes and sinks in Havana Harbor, Havana, Cuba, causing the death or injury to 260 American naval personnel. The cause of the sinking is never discovered. The incident will inspire the song The Battleship Of Maine, first recorded in 1927 by Red Patterson's Piedmont Log Rollers. (1898)

Andy Partridge is born in Mtarfa Royal Naval Hospital, in Malta. In due course he will move to Swindon and found the band XTC.
PermaLink
The Robins, later to find international fame as The Coasters, play the ninth night of two weeks at The Trocadero, Hollywood, California, USA. On the same day, The Robins appear on The Rhythm And Blues Show on KTTV hosted by Jerry Lawrence with Harry Belafonte, and The Oscar McLollie Orchestra.
PermaLink
The term "Nashville Sound", as a description of a particular type of country music recording, first appears, in Time magazine in the USA.
PermaLink

Country singing star Patsy Cline suffers serious injuries in a car crash near Madison, Tennessee, USA.
PermaLink
Read More
Johnny Mathis is forced to postpone his opening at the Copacabana in New York City because of an injury to his back. Tony Bennett replaces him.
PermaLink

A knife fight erupts during a gig by Georgie Fame And The Blue Flames in The Flamingo Club, Soho, London, UK, between Johnny Edgecombe and Aloysius 'Lucky' Gordon. Both men are lovers of Christine Keeler, and the fight is caused by their rivalry for her affections. Gordon's face is badly slashed and he vows revenge on Keeler for his injury.
PermaLink 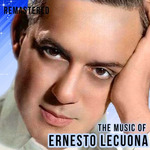 Allan Clarke of The Hollies has his tonsils removed in hospital in Manchester, UK, necessitating the cancellation of all dates until 15 November.
PermaLink

Judy Garland suffers an allergic reaction to a prescribed medicine and is rushed into UCLA, Los Angeles, California, USA, for treatment.
PermaLink

Peter Frampton fractures an arm and several ribs while writing off his sports car in a crash in The Bahamas.
PermaLink
◄ ►
Doctor And The Medics play at The Leadmill, Sheffield, England, UK, Europe, supported by Junk.
PermaLink

Keith Richards and Ron Wood of The Rolling Stones leave London, UK, and fly to Japan, Asia, where the band is shortly to begin a tour. Bassist Bill Wyman stays behind because of his father's illness.
PermaLink
Darrell Glenn, who had recorded the original version of the Elvis Presley No1 smash Crying In The Chapel, dies of cancer in Fort Worth, Texas, USA.
PermaLink 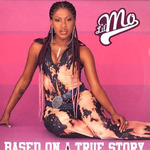 Female rap star Lil' Mo is struck in the head with a bottle by an unidentified man as she is leaving the Warfield Theatre in San Francisco, California, USA, after a gig. She is rushed to California Pacific Hospital and receives twenty stitches to the head wound. Her upcoming UK promo trip is cancelled.
PermaLink
UK pop idol and actor Adam Faith dies of a heart attack in hospital just hours after appearing in the play Love And Marriage at the Regent Theatre, Stoke On Trent, UK.
PermaLink 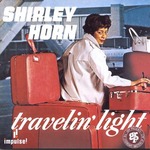 One-legged rock fan Andrew Miller removes his prosthetic limb and waves it around during an Alice Cooper gig in Southampton, England, UK, Europe. When John Lynch, sitting nearby, asks him to calm down, Miller punches him several times and is later charged with causing actual bodily harm.
PermaLink

Popular schlager and jazz singer and actress Dany Mann dies aged 72 in hospital in Munich, Germany, Europe. She had been suffering from dementia and was cared for in a residential home.
PermaLink
Eddie Franklin, the son of Aretha Franklin undergoes surgery after having been assaulted the night before by two men and a woman at a service station near Plymouth and Evergreen, Detroit, Michigan, USA.
PermaLink 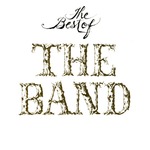 Levon Helm, former drummer and vocalist for The Band, is hospitalized with a cold, causing him to miss that evening's Midnight Ramble concert at his Woodstock, New York State, USA, home.
PermaLink
On her Number Ones : Up Close And Personal tour, Janet Jackson plays the last of three nights at The Colosseum at Caesars Palace, Las Vegas, Nevada, USA.
PermaLink

While on tour, rapper Hopsin walks out before his scheduled show in Fort Collins, Colorado, USA. Feeling deeply depressed he hides in a house under construction, and later calls a friend to pick him up.
PermaLink

Rubin 'Hurricane' Carter, the boxer who inspired the Bob Dylan song Hurricane, dies aged 76 in his sleep at home in Toronto, Ontario, Canada, having recently suffered from prostate cancer.
PermaLink

Paul McCartney cancels more gigs in Japan, Asia, because he is still suffering from a virus.
PermaLink

South Korean girl group Ladies' Code is involved in a car accident which results in the deaths of two members, EunB and RiSe.
PermaLink

Speaking at a Senate hearing in Washington DC, USA, Sir Elton John states that AIDS could be eradicated in his lifetime, but only if the US government continues funding the fight against the virus.
PermaLink

Merle Haggard shows up to play at a venue in Riverside, California, USA, but is unable to perform and cancels his six remaining February concerts. Eleven weeks earlier he had contracted double pneumonia.
PermaLink

Kevin Garcia of Grandaddy suffers a massive stroke in Modesto, California, USA. He will die the following day.
PermaLink 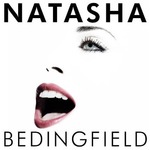 Natasha Bedingfield posts a picture on social media showing herself in a hospital bed, holding a coffee cup with the word 'Mum' scrawled on it. She is in hospital to deliver her first child with husband Matt Robinson, who she married in 2009.
PermaLink
Rock and pop guitarist Fred Wieland of Australian bands The Strangers and The Mixtures dies of lung cancer, aged 75, in hospital in Spain, Europe.
PermaLink
In a public service announcement video for Seize the Awkward in partnership with the Ad Council, Billie Eilish discusses her own mental health journey and the importance of reaching out to others for help. The campaign encourages people to reach out to friends who might be struggling and open a line of communication.
PermaLink