Random selection from around 4,600 Facts
Click to filter results

R. G. Knowles records Dreamy Eyes, Silence Reigned, Love Marriage And Divorce and Time Is Money, for G And T Records in London, England, UK, Europe.
PermaLink
◄ ►
Patrolman Jacob Biegel of Queens, New York, USA, is shot in the leg by a fleeing housebreaker, Paul Hilton, who had been caught in the act of stealing a radio. Hilton would go on to shoot two more officers, killing one, while stealing yet more radios. He was given the nickname The Radio Burglar. When finally arrested, Hilton was asked why he stole only radios. He replied, "I like music."
PermaLink
Dessa Foster And Howling Smith [aka The Howling Wolf, Howling Paper Smith and Funny Papa Smith] record Tell It To The Judge Nos 1 and 2 for Melotone Records in Chicago, Illinois, USA.
PermaLink
Maybelline by Chuck Berry peaks at No5 on the Billboard Top 40 Singles Chart in the USA. On the same day, I Hear You Knockin' by Smiley Lewis enters the Billboard R'n'B singles chart. Meanwhile, over in London, rock'n'roll fan Sidney Turner is fined £3 10s for "creating an abominable noise" by blasting out Bill Haley's Shake Rattle And Roll, much to the annoyance of his neighbours, for two and a half hours during an otherwise quiet afternoon.
PermaLink
Louis Armstrong records Mack The Knife for Columbia Records in New York City, USA.
PermaLink
Elvis Presley's cover version of the Carl Perkins song Blue Suede Shoes is released in the UK on RCA. On the same day, Bill Haley and his Comets release a new single, Hot Dog Buddy Buddy/Rockin' Through The Rye, on Decca Records in the USA.
PermaLink
Joey Dee And The Starliters release a new single, Peppermint Twist, on Roulette Records in the USA.
PermaLink
Read More
Elvis Presley borrows $134,000 to buy land, using his mansion Graceland, in Memphis, Tennessee, USA, as collateral.
PermaLink
Judy Garland files for divorce from her third husband, Sid Luft.
PermaLink

Gene Vincent's recording contract with Capitol Records expires, and is not renewed.
PermaLink

Yoko Ono marries Anthony Cox, an American jazz musician, film producer, and art promoter, for the second time. (Her first marriage to Cox had been annulled on March 1, 1963, because she had neglected to finalize her divorce from her first husband Toshi Ichiyanagi.)
PermaLink 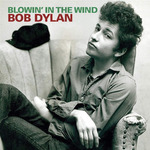 When violence erupts among female fans of The Beatles who have been waiting all night to buy tickets for the band's upcoming concert in Cleveland, Ohio, USA, police have to be called in to quell the public disturbance.
PermaLink

Elvis Presley is awarded the status of Captain in the Memphis Police Reserve, in Memphis, Tennessee, USA.
PermaLink
Campus policeman Terry Marker at Northwestern University, Chicago, Illinois, USA, is injured when he opens a suspicious package addressed to materials engineering professor Buckley Crist. This will prove to be the first of many bombs sent by Ted Kaczynski, later known as The Unabomber. Over the next 17 years, Kaczynski will mail or hand-deliver a series of increasingly sophisticated explosive devices that will kill three people and injure 23 more. Kaczynski's bombings will provide inspiration for songs including I Wanna Be A Unabomber by The Donnas, Unabomber by The Acacia Strain and Killer Kaczynski by Mando Diao.

PermaLink
◄ ►
Two top executives of the Sam Goody record retailing chain in the USA are indicted on charges of selling bootleg records and tapes.
PermaLink
Fania Records sues Ruben Blades, hoping to recover $95,000 of what the label considers to be over-payments.
PermaLink
Jimmy Osmond of The Osmonds marries Michelle Larson. 1991
PermaLink
The Ronettes appear in the Appellate Division of the Supreme Court of New York, New York City, USA, in pursuance of their lawsuit against record producer Phil Spector. The case charges that Spector, his record label, and successor labels are in breach of contract by having not paid royalties since 1963. 1998
PermaLink
Blues singer and guitarist Lawyer Daniel Houston, a.k.a. Soldier Boy Houston, dies in Lancaster, California, USA.
PermaLink
Motley Crue bassist Nikki Sixx is arrested on charges of having incited a riot during an October 1997 concert in Greensboro, North Carolina, USA.
PermaLink
◄ ►
Liam Gallagher of Oasis turns down the invitation to a boxing contest against Robbie Williams on the grounds that, "It's not what rock'n'roll is about. It's all got very childish and pathetic and I'll just let our music do the talking. A boxing match would be illegal to start off with. I'm not having anything to do with it."
PermaLink
◄ ►
Vince Gill sings When Love Finds You during the ceremony when Jay DeMarcus of Rascal Flatts' marries Allison Alderson in Nashville, Tennessee, USA. Guests include fellow band members Gary LeVox and Joe Don Rooney, plus comedian Cledus T. Judd.
PermaLink

It is reported that sales of legally downloaded songs increased more than tenfold in 2004, reaching a total of 200m tracks bought online in the USA and Europe during the twelve month period.
PermaLink
Grammy-nominated producer and songwriter Manuel Seal Jr. is arrested on charges of theft and trespassing, in connection with a break-in at the Fayette Tire And Muffler shop in Fayetteville, Georgia, USA.
PermaLink

It is reported that rapper Snoop Dogg is being sued for $25m by Emmy Award winning make-up artist Kylie Bell, who claims she was raped by Dogg and others in his entourage, in his dressing room backstage at the Jimmy Kimmel Show in January 2003.
PermaLink

Danny Tourette, lead singer of British band Towers Of London, is arrested for criminal damage at a gig in Cambridge, UK.
PermaLink
Back To Bedlam by Tidworth-born James Blunt is certified as a double platinum disc in the USA.
PermaLink

In Montreal, Quebec, Canada, a coalition of top Canadian artists including Avril Lavigne Barenaked Ladies, Sarah McLachlan, and Sum 41 announce the formation of a new pressure group, the Canadian Music Creators Coalition, which plans to oppose file-sharing lawsuits against individuals, and the use of copy-protection technologies by record labels.
PermaLink

Troubled former 60s pop idol Wayne Fontana sets fire to a debt collector's car while the man is still inside the vehicle. The debt collector had arrived at Fontana's home in Glossop, Derbyshire, UK, to collect £527.12 relating to a disputed parking fine.
PermaLink 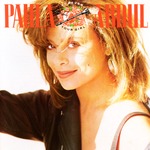 Judges in Buenos Aires, Argentina, South America, convict concert promoters, city officials and a band manager in connection with a fire at the Cromangnon night club which killed 194 people in 2004. The court absolves the band, Callejeros, of criminal responsibility for the blaze which was caused by fireworks set off by fans.
PermaLink

Johnny Marr's 1964 cherry red Gibson SG guitar is returned to him after police track down the thief, Stephen White, who had stolen it during a gig at The Scala, London, England, UK, Europe. The guitar has an estimated value of £30,000.
PermaLink

Phil Rudd, drummer of AC/DC pleads guilty to a charge of marijuana possession at Tauranga District Court, New Zealand. He is fined $186 and and ordered to pay $99 in court costs.
PermaLink
Peter Mensch, manager of artists including Metallica, Muse and Snow Patrol, is granted a divorce from his wife Melissa.
PermaLink

Three men break into a record shop in Regensburg, Germany and steal a guitar and a record. A local woman who watched the incident later claims that one of the three was Pete Doherty, who is later questioned by police about the incident.
PermaLink
Sly Stone makes a plea deal that will allow him to avoid jail and instead send him to rehab, following his April arrest in Los Angeles, California, USA, when LAPD officers found freebase cocaine on the 68-year-old during a vehicle search.
PermaLink

Newark police announce that six square blocks around the New Hope Baptist Church, where Whitney Houston began singing as a child, will be cordoned off during her upcoming funeral and that fans will not be allowed in. Newark police director Samuel DeMaio advises fans to stay home to watch the funeral, which is to be broadcast on TV and streamed online.
PermaLink
Swim Deep, a 'scuzz-pop' quartet from Birmingham, UK, sign a deal with Sony label RCA Records.
PermaLink
Former Radio One DJ Dave Lee Travis pleads not guilty to 15 sex abuse charges at Southwark Crown Court, London, UK.
PermaLink

When Chuck Berry plays at Finlandia-talo, Helsinki, Finland, Europe, his performance is well-below his usual standard because the octogenarian rocker is suffering from a bad cold. He takes the trouble to apologise to the crowd for his singing. The show's promoter will end up regretting having booked Berry when, two years later, he is made to refund 50% of the ticket sales by Finland's Consumer Disputes Board for putting on a concert at which an artist's performance was well below what the audience reasonably expected.
PermaLink

19 Recording, founded by tv pop mogul Simon Fuller, files a lawsuit against Sony Music seeking royalties said to be due to former American Idol contestants including Carrie Underwood and Kelly Clarkson. The lawsuit asserts that Sony has deprived the singers of royalties relating to lucrative streaming deals with Google, Apple and Spotify.
PermaLink 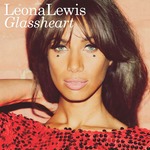 It is reported that Leona Lewis has left Simon Cowell's record label Syco and signed instead with Island Records.
PermaLink

When Beyonce and Jay-Z play at The Rose Bowl, Los Angeles, California, USA, there are eleven arrests among the audience, eight of which relate to drunkeness. There is also a bizarre incident in which audience-member Robert Alcaraz-Garnica is arrested for severely biting the finger of another member of the crowd during a brawl over a groping incident relating to the victim's girlfriend.
PermaLink 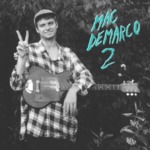 When Mac Demarco plays at The Hub, University Of California, Santa Barbara, California, USA, the show ends after he is arrested by police for crowd surfing and climbing in the venue’s ceiling beams.
PermaLink

When Kasabian play at The SSE Hydro Arena in Glasgow, Scotland, UK, a photograph of a banner proclaiming "London is full of c***s" is projected on the screen behind the group during the song Clouds. The band later claims that the banner was "a production fault". At the same gig, a gang of thieves steal £10,000 worth of mobile phones belonging to fans of the band.
PermaLink 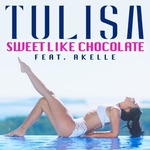 Singer Tulisa Contostavlos sobs in Snaresbrook Crown Court, North London, England, UK, after Judge David Radford throws out her appeal against her conviction for punching Savvas Morgan, the celebrity blogger she suspected of putting her sex tape online. However, Judge Radford expresses the 'greatest sympathy' for Contostavlos and revokes the fines and compensation she had originally been ordered to pay.
PermaLink
.. Newer ..