Random selection from around 8,000 Facts
Click to filter results

Musician, recording engineer and one of the earliest music producers, Fred Gaisberg of the Gramophone Company makes a diary entry on his first day of recording in Tokyo, Japan, Asia, stating, We made some 54 records. Japanese music is simply too horrible, but funny to relate, Europeans who have been long in the country profess to really enjoy it, and say that there is more in the music and acting than a casual observer would believe."
PermaLink
Harry Pace sells his influential record company, Black Swan Records to Paramount Records. Black Swan Records was the first black-owned record company in the USA. Black Swan is often credited with having started the black music recording industry.
PermaLink
Fiddler Ed Poplin makes his debut on the Grand Ole Opry radio show in Nashville, Tennessee, USA. playing for a full half-hour. Within weeks, he will organize The Old Time String Band, which will become a regular feature of the show.
PermaLink
When US jazz musician Luis Russell records The New Call Of The Freaks, the record is electrically faded out at the end. This is thought to have been the first use of a fade-out on a commercial recording.
PermaLink
Blues Stay Away From Me, co-written by The Delmore Brothers and Henry Glover, is recorded for King Records in Cincinnati, Ohio, USA. Regarded by some as the first rock'n'roll record, it becomes a top five hit in 1949, and has a chart run of 23 weeks.
PermaLink
Kerry Livgren, first keyboardist and guitar player for Kansas, is born in Topeka, Kansas, USA.
PermaLink
◄ ►
Fats Domino makes his first recording, The Fat Man, for Imperial Records in New Orleans, Louisiana, USA. Among its many achievements, this rock'n'roll classic will inspire Boz Scaggs to write his 1976 hit Lido Shuffle.
PermaLink
Read More
The Platters release their debut album, The Platters, in the USA.
PermaLink
American pop idol Pat Boone plays his first live concert in the UK, at The Granada, Tooting.
PermaLink
Prolific producer/songwriter Bob Crewe scores his first US Top Ten hit when his composition Silhouettes, performed by The Rays, rises from No15 to No6 in the Billboards US Top $0 singles chart.
PermaLink
Lefty Frizzell becomes the first country music artist to be given a star in the Hollywood Walk Of Fame, in Hollywood, Los Angeles, California, USA.
PermaLink
The Beatles play their first night at The Kaiserkeller, Hamburg, Germany.
PermaLink
250 copies of Mance Lipscomb's album, Texas Sharecropper and Songster, [the very first Arhoolie Records LP] arrive from the pressing plant. Arhoolie founder Chris Strachwitz helps glue the record sleeves together, stuff the discs into the sleeves along with an informative booklet, and generally make them ready for sale to the public.
PermaLink
Jazz clarinettist Acker Bilk reaches No1 in the Billboard Top 40 Singles Chart in the USA with Stranger On The Shore. This is the first British recording ever to reach No1 in the USA.
PermaLink
The Beach Boys' debut album, Surfin' Safari, enters the Billboard albums chart in the USA where it will peak at No32.
PermaLink
California doo-wop trio Barry And The Tamerlanes release their debut LP, I Wonder What She's Doing Tonight, on Valiant Records in the USA.
PermaLink
A new weekly music trade magazine, RPM, begins publication in Canada. weekly trade magazine. Until it closes on November 13, 2000, RPM will provide the definitive popular music charts in Canada.
PermaLink 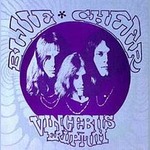 San Francisco-based rock trio Blue Cheer release their debut LP, Vincebus Eruptum, on Phillips Records in the USA. Some critics have claimed that this is the first true heavy metal LP.
PermaLink
(Sittin' On) The Dock Of The Bay by Otis Redding tops the Billboard R'n'B Chart in the USA for the first of three weeks, and the national chart for the first of four weeks. Redding wrote the song while living on a houseboat overlooking San Francisco Bay.
PermaLink
New drummer Phil Collins plays his first gig with Genesis at The Marquee Club, Soho, London, UK. Support band for the night is Amazing Blondel.
PermaLink
Read More
Bob Dylan and The Band are rehearsing in Inglewood Forum, Los Angeles, California, for their first tour of the USA in eight years.
PermaLink
Pink Floyd, The Steve Miller Band, Captain Beefheart, Roy Harper, and Linda Lewis play at Knebworth Festival, Knebworth Park, Knebworth, Hertfordshire, UK. Pink Floyd's typically understated set opens with two Spitfires flying overhead. The Steve Miller Band perform their future No1 hit single Rock'N Me live for the first time. Roy Harper arrives backstage wearing a cowboy hat and riding a white charger which proceeds to evacuate its bowels, somewhat undermining the romantic illusion Harper is trying to create.
PermaLink
Read More
2-Tone band The Beat record Mirror In The Bathroom, the UK's first digitally recorded single.
PermaLink
New Order debut their new single, Blue Monday, at The Hacienda, Manchester, England, UK, Europe.
PermaLink
Read More
Prince And The Revolution debut several new songs including Purple Rain at First Avenue, Minneapolis, Minnesota, USA.
PermaLink
Read More
Careless Whisper by George Michael/Wham! reaches No1 in the Billboard Top 40 Singles Chart in the USA, for the first of three weeks.
PermaLink
U2 appear on the cover of Rolling Stone magazine for the first time.
PermaLink
Five Star release their third single, All Fall Down, on Tent Records in the UK. The song is co-written by Barry Blue and Robin Smith, and arranged by the members of Loose Ends. It will give the South London family group their first Top 40 entry, peaking at No15.
PermaLink
Paul Hardcastle begins five weeks at No1 in the UK with 19, one of the first hit singles to make extensive use of computer sampling technology.
PermaLink
Read More

Marilyn releases his debut LP, Despite Straight Lines, on Phonogram records in the UK.
PermaLink
Money For Nothing by Dire Straits is the first video aired on the newly launched tv music channel MTV Europe. The song is particularly appropriate because it includes the line, "I want my MTV."
PermaLink
Pearl Jam release their debut album, Ten, in the USA. On the same day, in advance of release, the single Smells Like Teen Spirit by Nirvana is sent out to radio deejays.
PermaLink
Pam Tillis earns her first No1 single when Mi Vida Loca (My Crazy Life) reaches the top of the Billboard Country Singles Chart in the USA.
PermaLink
Bob Dylan is forced to cancel the first show in his current European tour because of influenza. The tour begins instead in Prague in the Czech Republic, the following day.
PermaLink
Backstreet Boys release their debut single, We've Got It Goin' On, in the USA.

PermaLink
Dee Dee Bridgewater plays the first of four nights at Yoshi's Jazz Club, Oakland, California, USA. During these four nights she records the album Live At Yoshi's, which features several songs associated with Ella Fitzgerald, who had died a year earlier.
PermaLink 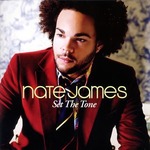 Nate James releases his debut album, Set The Tone, in the UK.
PermaLink
Kid A by Radiohead spends the first of two weeks at No1 in the UK albums chart. On the same day, Radiohead's Big Top tour plays the last of three nights at Punchestown Race Course, Ireland.
PermaLink 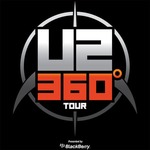 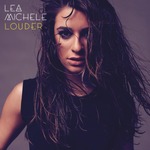 Billboard Boxscore figures reveal that Cher's Dressed to Kill Tour is on course to become one of the most successful treks of the year. The first 49 dates of the tour attracted 610,812 fans, and grossed $54.9m.
PermaLink

On the second North American leg of his ÷ Tour, Ed Sheeran plays the second of two nights at Gillette Stadium, Foxborough, Massachusetts, USA, supported by Snow Patrol and Anne-Marie.
PermaLink 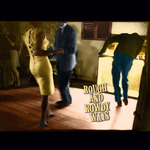 At the age of 79, Bob Dylan becomes the oldest artist to reach No1 in the UK charts with an album of new material. His 39th album, Rough And Rowdy Ways, debuts at the top with 34,000 chart sales, including 29,000 purchased on CD.
PermaLink
.. Newer ..