Random selection from around 1,300 Facts
Click to filter results

Heroin addicted jazz saxophonist Art Pepper is confined to hospital in Long Beach, California, USA.
PermaLink
B.B. King and his band play to a 2,400 capacity crowd, at The Savoy Ballroom, Hollywood, California, USA, supported by The Johnny Otis Show and The Platters.
PermaLink
Jazz vocalist Billie Holiday is asked to attend Customs House in New York City, USA, because her former drug convictions have put her in violation of the 1956 Narcotics Control Act.
PermaLink

Disheartened by her lover Ray Charles' "sex and drugs" lifestyle, vocalist Mary Ann Fisher plays her last gig as vocalist with his band at The Magnolia Theatre, Atlanta, Georgia, USA.
PermaLink
◄ ►
Kid Howard's La Vida Band records Willie The Weeper, High Society and other tracks for Icon Records in the USA.
PermaLink
The American legalization of marijuana movement begins in San Francisco, California, USA, when a man walks into a police station, lights a joint, and asks to be arrested. His lawyer, James R. White III, then forms LeMar (for Legalize Marijuana), which will sponsor the first marijuana-law-reform demonstrations in America. Ed Sanders of The Fugs and poet Allen Ginsberg will set up the New York City branch early in the next year.
PermaLink

The Kinks, The Yardbirds and Goldie And The Gingerbreads play another show in their 21-date UK tour, at The Gaumont, Taunton, England.
PermaLink
Read More

The Fugs play the last of five consecutive Saturday gigs at The Bridge Theatre, New York City, USA.
PermaLink
◄ ►
The Byrds and Peter Fonda attend a party at The Beatles' rented home in Benedict Canyon, Beverly Hills, California, USA. During the party, Fonda and George Harrison have a conversation which will, in due course, inspire John Lennon to write the song She Said, She Said. During the day, two girl fans hire a helicopter to fly over the Benedict Canyon mansion, one of whom jumps from it into the swimming pool.
PermaLink
Read More
The Grateful Dead and Big Brother And The Holding Company play in the Aid the End Of Marijuana Prohibition benefit Ball at the California Hall, San Francisco, California, USA.
PermaLink
The Smoke enter the UK singles chart with My Friend Jack, but a BBC ban quickly comes into effect because of the song's LSD-related lyric, and it never rises above No45.
PermaLink
White Rabbit by San Francisco hippy pioneers Jefferson Airplane peaks at No8 on the Billboard Top Forty Singles Chart in the USA.
PermaLink
Read More 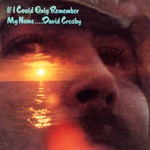 Some members of the band Mythology are arrested after a show in Carlisle, England, UK, Europe. Police searched their living quarters at their practice flat and allegedly found marijuana resin. The band members will be fined, and two members Tonny Iommi and Bill Ward, will go on to found Black Sabbath.
PermaLink
Cliff Richard attends the premiere of his latest movie, Two A Penny, at the Prince Charles Cinema, London, England, UK, Europe. In the film, Cliff's character is converted to Christianity by American evangelist Billy Graham.
PermaLink
Read More

Jet Harris, former bass guitarist with The Shadows, appears on remand on charges of drinking and driving and possession of drugs, at Marlborough Street Magistrates Court, London, England, UK, Europe.
PermaLink
Two members of Country Joe And The Fish's touring band, Mark Ryan and Charles Loring IV, attend an arraignment hearing in Keene, New Hampshire, USA. The hearing relates to Ryan and Loring having been arrested two days earlier for possession of marijuana before a show at Franklin Pierce College Field House, Rindge, New Hampshire. Country Joe, Barry Melton and Bill Belmont were charged with being in the vicinity of the others.
PermaLink
Jimi Hendrix is interviewed by Jane de Mendelssohn of International Times, while he is naked in his bed at his flat in Mayfair, London, UK.
PermaLink
Read More 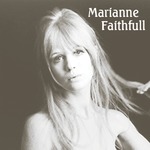 Baroness Erisso flies from London, England, UK, Europe, to be with her daughter, Marianne Faithfull, in St Vincent's Hospital, Sydney, Australia, Oceania, who has been in a coma since taking a drug overdose some days earlier. The singer is in Australia with her boyfriend, Mick Jagger of The Rolling Stones who is playing the leading role in a movie adaptation of the story the notorious outlaw Ned Kelly.
PermaLink 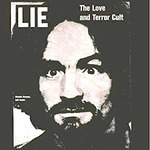 Lie - The Love And Terror Cult, an LP of songs by deranged, drug-fuelled mass murderer Charles Manson, is released in the USA by Awareness Records.
PermaLink
Billy Cox, bass player for Jimi Hendrix, is flown home to Pennsylvania, USA, from London, UK, to recover at home with his parents from a bad LSD trip.
PermaLink
The John Sinclair Freedom Rally, a protest and benefit concert in response the imprisonment of John Sinclair for possession of marijuana, takes place in Crisler Arena, University of Michigan, Ann Arbor, Michigan, USA. Artists appearing include John Lennon and Yoko Ono, Stevie Wonder, Phil Ochs, The Up, Commander Cody And His Lost Planet Airmen, Bob Seger, Archie Shepp, Joy of Cooking, David Peel and Teegarden And Van Winkle. Speakers at the evnt include Alan Ginsberg, Jerry Rubin and Ed Sanders.
PermaLink

Gram Parsons of The Byrds and The Flying Burrito Brothers, dies in the Joshua Tree Motel, Southern California, USA, probably of a combination of heroin, alcohol, cocaine and amphetamines.
PermaLink
Stiff Records in the UK release Sex And Drugs And Rock And Roll, the first single by Ian Dury and the Blockheads.
PermaLink

Bob Marley And The Wailers play to an audience of 32,000 at Grona Lund, Stockholm, Sweden, Europe, establishing a record crowd for the venue.
PermaLink
Read More

At a Ted Nugent gig in Hollywood, Los Angeles, California, USA, over thirty people are arrested for violence and drugs-related offences.
PermaLink

Malcolm Owen, singer with UK punk-reggae band The Ruts, dies aged 26 of a heroin overdose while in the bath at his mother's house. Horrified by Owen's death, The Damned will write their song The Limit Club.
PermaLink
◄ ►
Police officer Daniel Faulkner and journalist/cab driver Mumia Abu-Jamal are involved in an altercation in Philadelphia, Pennsylvania, USA, during which both are shot. Faulkner dies at the scene, while Abu-Jamal is hospitalised, and later found guilty of murder. The verdict is widely disputed and will inspire the songs The Murder Of Daniel Faulkner by Hurtsmile, and Free Mumia by KRS-One.

Having been on the run from the law since 25 November, David Crosby surrenders himself to FBI officials in West Palm Beach, Florida, USA.
PermaLink
Liza Minelli plays the last of eight days at The Chicago Theatre, Chicago, Illinois, USA.
PermaLink

Chuck Berry turns himself in to police in St. Charles, Missouri, USA, in connection with charges involving drugs and sex.
PermaLink 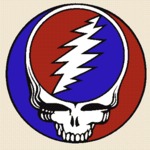 The Grateful Dead play the first of three nights of concerts in Atlanta, Georgia, during which local police will confiscate 4,856 tabs of acid, 29 bags of mushrooms, 24 lids of marijuana, one vial of crack and 18 nitrous oxide cylinders. 57 arrests will be made.
PermaLink 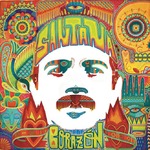 Carlos Santana is arrested at Houston Airport, Houston, Texas, USA, for possessing five grams of marijuana. Authorities decline to press charges because the amount is so insignificant.
PermaLink 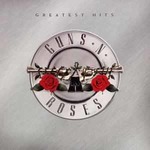 Former Guns N'Roses drummer Steven Adler is sentenced to 150 days in jail for attacking two women in separate domestic violence incidents, which also violates his probation from a 1997 conviction in another domestic violence case. He is additionally sentenced to three years of probation, with the conditions of undergoing a year of domestic violence counseling and a ban on using illegal drugs.
PermaLink
Layne Staley, vocalist with Alice In Chains, is found dead at home in Seattle, Washington. Heroin equipment is found nearby, and police report that he may have lain undiscovered for up to two weeks.
PermaLink

Tommy Chong of hippy comedy duo Cheech and Chong is sentenced in Pittsburgh, Pennsylvania, USA, to nine months in jail and fined $20,000 for distributing thousands of bongs and marijuana pipes online through his California-based company, Nice Dreams Enterprises.
PermaLink

In a series of Twitter.com posts, Sinead O'Connor states that she has taken an overdose of pills and has been pleading for psychiatric help to overcome her depression.
PermaLink 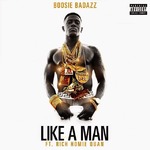 Having spent three and a half years in prison on death row, rapper Boosie Badazz is released early from his eight year sentence, having now been found not guilty of the murder by shooting of 35-year-old Terry Boyd in 2010.
PermaLink
The Guardian newspaper reports that the family of deceased reggae star Bob Marley has teamed up with a private equity firm to launch Marley Natural, a cannabis product offering "heirloom Jamaican cannabis strains" inspired by the ones Marley enjoyed.
PermaLink 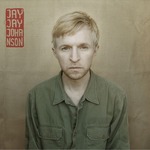