Random selection from around 920 Facts
Click to filter results

Roy Smeck's Serenaders record In The Chapel In The Moonlight, Let Me Sing In Echo Valley, Wintertime Dreams and I Can't Pretend for Decca Records in the USA.
PermaLink
Frances Langford and Sam Koki record Stardust On The Moon, So Many Memories, Harbor Lights and My Cabin Of Dreams for Decca Records in the USA.
PermaLink
The Walt Disney animated movie Cinderella [subtitled A Love Story With Music] goes on general release in the USA. The film includes the songs A Dream Is a Wish Your Heart Makes and Bibbidi-Bobbidi-Boo.
PermaLink

Elvis Presley continues filming studio-based scenes for his latest movie, Follow That Dream, in Hollywood, Los Angeles, California, USA.
PermaLink
Fats Domino releases a new single, Did You Ever See A Dream Walking, on Imperial Records in the USA. 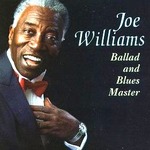 PermaLink
Billy Storm releases I Never Want To Dream Again, as the first release on Loma Records in the USA.
PermaLink 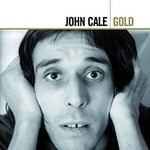 Avant garde composer La Monte Young presents his composition The Tortoise, His Dreams and Journeys with the Theater of Eternal Music at the East End Theatre in New York City, USA. One performer in the ensemble is John Cale, later to find success as a rock musician and songwriter, first with the Velvet Underground and later in his own name.
PermaLink

Freddie And The Dreamers play the first night of a week at Queen's Hall, Blackpool, England, UK.
PermaLink
The Zombies finish recording A Rose For Emily in EMI's Abbey Road Studios, London, UK. They also spend the first of two days recording Hung Up On A Dream. Both tracks will appear on their second album Odessy And Oracle.
PermaLink
Read More
Johnny Shines records the tracks Pipeline Blues, Black Panther and Baby Don't You Think I Know, in Chicago, Illinois, USA, for his album Last Night's Dream. The musicians on these tracks are Johnny Shines (voc/gtr), Walter Horton (harmonica), Otis Spann (piano), Willie Dixon (bass) and Clifton James (drums).
PermaLink

The Amherst Student magazine of Amherst College, Massachusetts, USA, gives a favourable review to rock musical The Dream Engine, which has recently opened at the Kirby Theater in Amherst. The production is written by and stars Jim Steinman, who will find greater fame as the composer of Meatloaf's best-remembered early hits.
PermaLink
Tom Hamilton, Joe Perry and Steven Tyler move to Boston, Massachusetts, to pursue their dream of becoming rock superstars. They will, in due course, find fame as Aerosmith.
PermaLink

Toxic Narcotic, Bzera, Shatter'd Dreams and D'Yen.Vie play in the Thrash Bash at The Channel, Boston, Massachusetts, USA.
PermaLink
The Sunday Times gives away a cover-mounted solo CD by Noel Gallagher of Oasis. Entitled The Dreams We Have As Children, it had been recorded live at London's Royal Albert Hall for the Teenage Cancer Trust charity.
PermaLink
Katy Perry films the video for her song Teenage Dream in Santa Barbara, California, USA.
PermaLink

R'n'B producer and singer The-Dream turns himself in to NYPD, New York City, USA, on felony charges of assault and strangulation after allegedly attacking his ex-girlfriend, Lydia Nam.
PermaLink

At the last minute, Phil Collins has to cancel his live performance at the fundraising concert for the Little Dreams Foundation in Miami Beach, Florida, USA. He did the soundcheck, but a "recurring neurological condition" made it impossible for him to sing. He does, however, appear on stage to apologise to the audience in person. The evening goes ahead with performances by Richard Marx, Laura Pausini, Gigi D’Alessio, and a band featuring Collins’ 13-year-old son Nick.
PermaLink 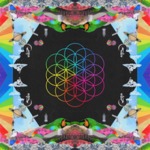 On their A Head Full Of Dreams tour, Coldplay play the second of two nights at Stadion Letzigrund, Zurich, Switzerland, Europe.
PermaLink

On their A Head Full Of Dreams tour, Coldplay play at The Gila River Arena, Glendale, Arizona, USA.
PermaLink 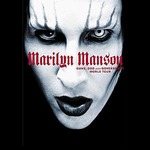 Marilyn Manson is injured during a concert at the Hammerstein Ballroom in Manhattan, New York City, USA. Manson is performing a cover of Sweet Dreams by Eurythmics when he attempts to climb a large set piece behind him, which then topples over on top of him. He is taken to hospital, and later cancels nine upcoming shows.
PermaLink

Melissa Schuman, who featured in the group Dream, files a police report in Santa Monica, California, USA, alleging that she was sexually assaulted by Nick Carter of The Backstreet Boys in 2002. Schuman had previously accused Carter of rape, which he denied.
PermaLink 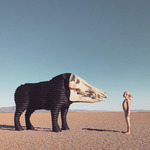 Man Man release a new LP, Dream Hunting in the Valley of the In-Between on Sub Pop Records.
PermaLink
.. Newer ..