The musical Bet Your Life is running at The London Hippodrome, London, England, UK, starring Julie Wilson, Brian Reece, Arthur Askey, Sally Ann Howes. Songs in the show include I Love Being in Love, It’s the Female of the Species, Hook Line and Sinker, I Want a Great Big Hunk of Man, All on Account of a Guy.
PermaLink

The Irving Berlin musical and political satire Call Me Madam is playing at The Coliseum, London, England, UK, during a run of 485 performances. Main cast members are Billie Worth (Sally Adams), Anton Walbrook (Cosmo), Jeff Warren (Ken Gibson) and Shani Wallis (Princess Maria). Songs include The Hostess with the Mostes', It's a Lovely Day Today, The Ocarina, They Like Ike and You're Just in Love.
PermaLink 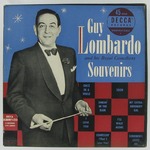 Guy Lombardo And His Orchestra are playing during a two-month stay at The Roosevelt Hotel, New York City, USA.
PermaLink

Ray Pearl And His Musical Gems are playing during a season at The Trianon Ballroom, Chicago, Illinois, USA.
PermaLink
The musical revue New Faces Of 1952, is presented at The Royale Theatre, Broadway, New York City, USA, during a run of 365 performances. The revue is perhaps best remembered because it features Eartha Kitt making her Broadway debut with the spectacular song, Monotonous, based on real events in her life.
PermaLink

Bandleader Benny Strong is playing during a run of gigs at The Palladium, Los Angeles, California, USA.
PermaLink

Billy May And His Orchestra are playing during a two-week engagement at The Meadowbrook, New Windsor, New York State, USA.
PermaLink

Guys And Dolls is playing at The Shubert Theater, Chicago, Illinois, USA.
PermaLink

Nena, backed by Ralph Rotgers And His Latin-American Orchestra, is appearing at The Buttery in The Ambassador West Hotel, Chicago, Illinois, USA.
PermaLink 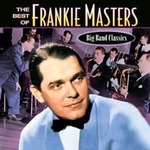 The Frankie Masters Orchestra is playing for the Ice Show - Calendar Capers - in the Boulevard Room of The Conrad Hilton Hotel, Chicago, Illinois, USA.
PermaLink

The musical comedy Wish You Were Here, is presented at The Imperial Theatre, Broadway, New York City, USA, during a run of 598 performances.
PermaLink

The Elliot Lawrence Band is playing at The Hotel Statler, New York City, USA.
PermaLink
The film Breakfast In Hollywood featuring The Nat King Cole Trio and Spike Jones, opens at cinemas in Finland, Europe. The film is based on the popular radio show Breakfast In Hollywood, hosted by Tom Breneman.

The musical Love From Judy is playing at The Saville Theatre, London, England, UK, during a run of 594 performances. The cast includes Jean Carson (Judy), Linda Gray (Grace), Bill O'Connor (Jervis) and Adelaide Hall (Butterfly) and songs including I Never Dream When I'm Asleep, Dear Daddy Long-Legs, Here We Are and A Touch of Voodoo.
PermaLink
.. Next ..