Random selection from around 540 Facts
Click to filter results

Musical comedy The Girl From Kay's is playing at The Herald Square Theatre, New York City, USA, during a run of 205 performances.
PermaLink
Van Phillips and his Band record I'm A Dreamer, Aren't We All? and If I Had A Talking Picture Of You, for Columbia Records in London, UK.
PermaLink 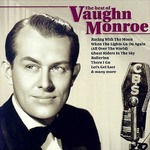 The Maynard Ferguson Orchestra plays at Birdland, New York City, USA. The show is broadcast live. Also on the bill is The Junior Mance Trio, whose performance will, in due course, appear on the LP Rare Broadcast Performances.
PermaLink
Helen Shapiro, with Norrie Paramor And His Orchestra, records Let's Talk About Love for Columbia Records in London, England, UK, Europe.
PermaLink
◄ ►
The Andy Doll Band plays a gig in Decorah, Iowa, USA.
PermaLink

Buddy Bair And His Orchestra with vocalist Elaine Powell are playing during a three-week booking at The Skyway, Hotel Peabody, Memphis, Tennessee, USA.
PermaLink

Leon McAuliffe and His Swingin‘ Western Band record Creole Rose and Bluesville USA in Columbia Recording Studio, 804 16th Avenue South, Nashville, Tennessee, USA.
PermaLink
Just three months after topping the chart with My Boyfriend’s Back, The Angels achieve their final Billboard Top 40 hit when I Adore Him peaks at No25.
PermaLink

Duke Ellington And His Orchestra play at Jackson Country Club, Jackson, Michigan, USA.
PermaLink
◄ ►
The Beach Boys sign a contract to appear on a Bob Hope Comedy Special tv show which will be broadcast on December 18.
PermaLink 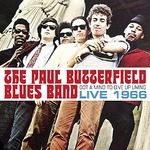 Cliff Richard and The Shadows play at The Odeon, Cheltenham, England, UK, Europe, supported by Johnny Wiltshire And The Trebletones.
PermaLink

The Temptations are playing during eight nights at The Regal, Chicago, Illinois, USA.
PermaLink 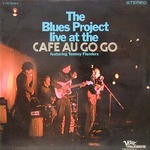 The Rolling Stones are recording tracks for the album Between The Buttons at Olympic Studios, London, England, UK, Europe.
PermaLink

Jackie De Shannon records It Shines On You Too for Imperial Records in the USA.
PermaLink
◄ ►
Nico (backed by Jackson Browne on guitar) plays at Stanley's in the basement of The Dom, New York City, USA, supported by Tim Buckley.
PermaLink
Read More 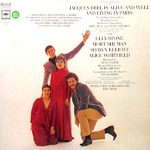 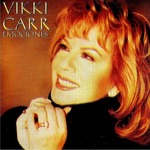 John Lennon of The Beatles gives an interview to BBC-tv in the UK, explaining why he returned his MBE two months earlier, in protest against British involvement in overseas wars. 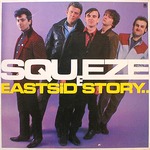 The Jamaica World Music Festival begins in Montego Bay, Jamaica, Caribbean. Acts over the next three-days include Peter Tosh, Rick James, The Clash, The Grateful Dead, Aretha Franklin and, in their final show before disbanding, Squeeze.
PermaLink

The Redskins release a new single, Kick Over The Statues, on Abstract Dance Records in the UK. All proceeds from the single will go to the Anti-Apartheid Cause. The Redskins' regular record label, London Records, had chosen not to release it.
PermaLink
Read More
Madonna releases her new single, Dress You Up, on Warner Bros Records in the UK.
PermaLink
UK music weekly The NME wins best magazine and digital publication of the year at the Record of the Day Awards in London, UK, with the magazine's Krissi Murison picking up editor of the year.
PermaLink 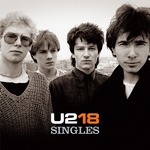 On their 360 Degree tour U2 play the first of two nights in Mount Smart Stadium, Auckland, New Zealand, supported by Jay-Z.
PermaLink 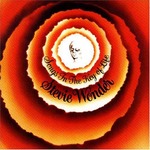 Stevie Wonder performs his classic album Songs In The Key Of Life in its entirety at The Air Canada Centre, Toronto, Ontario, Canada.
PermaLink