The stage musical How To Succeed In Business Without Really Trying, starring Rudy Vallee, is playing at the 46th Street Theater on Broadway, New York City, USA, during a run of 1,417 performances.
PermaLink
The Kinks release a new EP, Kwyet Kinks, in the UK on Pye Records. The EP includes one of the band's best-loved songs, A Well Respected Man.
PermaLink
◄ ►
The Small Faces and Jonathan King appear on tv pop show Ready, Steady, Go! in London, UK.
PermaLink 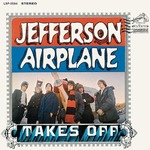 Joe Picciotto is born in Washington DC, USA. He will find success as a guitarist and vocalist with Fugazi.
PermaLink

The Hollies begin a 17-date tour of the USA.
PermaLink
TV rock show Where The Action Is in the USA features Ray Peterson performing Corina, Corina and Bobby Freeman performing C'mon And Swim.
PermaLink

The Gentrys are playing at The Whisky A-GoGo, Chicago, Illinois, USA.
PermaLink

Bob Dylan is at The Friars nightclub in Toronto, Canada, rehearsing with a group called The Hawks who will, in due course, evolve into The Band.
PermaLink 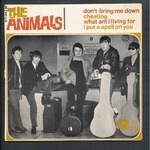 It is reported in the UK music press that The Animals have left EMI and signed to Decca Records in the UK. They will begin recording for Decca in the spring of 1966 - when their contract with independent record producer Mickie Most runs out.
PermaLink

The Searchers fly to Holland, Europe, for live gigs and tv appearances.
PermaLink 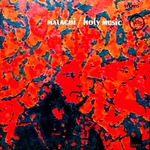 Malachi play at The Intersection coffee house in San Francisco, California, USA. The gig is advertised in two local underground newspapers, Rag Baby and The Berkeley Barb, as a performance of 'psychedelic music'.
PermaLink
The N.M.E. reports that Sonny Bono of Sonny And Cher has collapsed from exhaustion following their recent intensive tour of the USA. He is resting and has been prevented from joining a proposed tour with Gene Pitney.
PermaLink

Paul Simon plays at Waterson's Club, Hull, England, UK.
PermaLink
That Means A Lot by P.J. Proby (written by John Lennon and Paul McCartney of The Beatles), is released as a single in the UK.
PermaLink
Read More 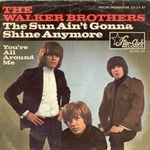 Frank Sinatra appears on the Johnny Carson Show on tv in the USA.
PermaLink

The Dizzy Gillespie Sextet and vocalist Mary Stallings are among the artists playing at The Monterey Jazz Festival, Monterey, California, USA.
PermaLink

Kassner Associated Publishers send a cheque for £27 5s 3d for royalties to Dave Davies, guitarist with The Kinks.
PermaLink

Johnny Rivers is playing at Mister Kelly's, Chicago, Illinois, USA.
PermaLink
I Got You Babe by Sonny And Cher is given a gold record award by the R.I.A.A. in the USA.
PermaLink
◄ ►
UK tv show Ready, Steady, Go! features Dusty Springfield, The Hollies, The Small Faces and Gary Lewis And The Playboys.
PermaLink 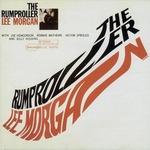 The musical Charlie Girl is presented at The Adephi Theatre, London, England, UK, Europe, during a run of over five years which includes 2,202 performances.
PermaLink
.. Next ..