PermaLink
Ringo Starr, now recovered from exhaustion, re-joins The Beatles in Australia in time for the first of three nights at The Royal Festival Hall, Melbourne.
PermaLink
Read More
Peter And Gordon's first American album is released with the title A World Without Love, on Capitol Records.
PermaLink
The Beatles release a new single, Sie Liebt Dich / I'll Get You, in Canada on Capitol Records. 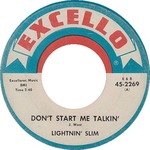 Lightnin' Slim records Don't Start Me Talkin', Love Is Just A Gamble and I Hate To See You Leave for Excello Records in Crowley, Louisiana, USA.
PermaLink
A case in the US District Court, Los Angeles, California, USA, is concluded out of court with Screen Gems paying $10,000 to record producer Lou Adler in respect of copyrights for ten Jan And Dean songs.
PermaLink
Heinz And The Wild Ones appear on tv show For Teenagers Only at ATV Srudios, Aston, Birmingham, UK. Guitarist in the band is Ritchie Blackmore, later to find fame in Deep Purple.
PermaLink 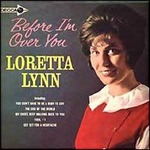 Loretta Lynn releases her second studio album, Before I'm Over You, on Decca Records in the USA.
PermaLink
.. Next ..