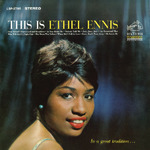 Peter, Paul And Mary release a new single, For Lovin' Me, on Warner Bros Records in the UK.
PermaLink

Marvin Gaye continues recording of Your Unchanging Love for Tamla Records, in Detroit, Michigan, USA.
PermaLink
Liverpool band The Searchers play at Granby Halls, Leicester, UK.
PermaLink
Gerry And The Pacemakers, The Hollies, Cliff Bennett And The Rebel Rousers, The Fourmost, Tommy Quickly, The Rustiks, The Remo Four and Danny Williams appear in the fifth of six nights of Gerry's Christmas Cracker at The Odeon, Glasgow, Scotland.
PermaLink 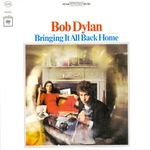 Bob Dylan spends the last of three days recording the album Bringing It All Back Home, at Studio A, Columbia Record Studios, New York City, USA. He is working on songs including Maggie's Farm, Mr. Tambourine Man and It's All Over Now, Baby Blue.
PermaLink
Read More

Chuck Berry, The Moody Blues, The Graham Bond Organisation and Long John Baldry play at the Colston Hall, Bristol, UK.
PermaLink
Lightnin' Slim records Can't Live This Life No More, Bad Luck Blues and Love Is Just A Gamble for Excello Records in Crowley, Louisiana, USA.
PermaLink
The Kinks release a new single, Tired Of Waiting For You on Pye Records in the UK.
PermaLink 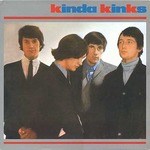 The Kinks fly back to London, UK, from Marseille, France, Europe, where they have been pre-recording a French tv show appearance.
PermaLink

The Kingston Trio release a new single, I'm Going Home, on Brunswick Records in the UK.
PermaLink
The Sir Douglas Quintet record She's About A Mover for Tribe Records in the USA.
PermaLink
Ray Charles releases a new single, Makin' Whoopee, in the UK on HMV Records.
PermaLink
The Who's first single, I Can't Explain, is released in the UK.
PermaLink
Read More
The Wilde Flowers play at The Bear And Key, Whitstable, UK. The group is regarded as an integral part of The Canterbury Scene, and its members will go on to play for Soft Machine and Caravan.
PermaLink
Read More
◄ ►
Two Beach Boys LPs, Surfin' USA and Surfer Girl, are certified as gold albums by the R.I.A.A. in the USA.
PermaLink

Another Beatles Christmas Show, starring The Beatles, Freddie And The Dreamers, Sounds Incorporated, Elkie Brooks and The Yardbirds, has its penultimate day at the Hammersmith Odeon, London, UK.
PermaLink
The Kinks release a new single, Tired Of Waiting For You, in the UK on Pye Records.
PermaLink
Read More
Shirley Ellis releases a new single, The Name Game, on London Records, in the UK.
PermaLink

Vocalist Irene Reid, with the Oliver Nelson Orchestra, records Every Time We Say Goodbye, Save Your Love For Me and other tracks for Verve Records in New York City, USA.
PermaLink

The Rolling Stones release their second album in the UK, and appear on UK tv show Ready, Steady, Go!.
PermaLink

The stage musical Man Of La Mancha is playing at the ANTA Washington Square Theatre, New York City, USA, during a run of almost two and a half years.
PermaLink
.. Next ..