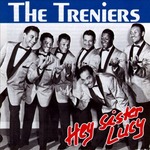 The Treniers are playing during a lengthy engagement at The Sahara Lounge, Las Vegas, Nevada, USA.
PermaLink

Paul Anka is playing during a week of shows at The Roostertail Supper Club in Detroit, Michigan, USA, supported by The Lazy Eggs and The Utopias.
PermaLink 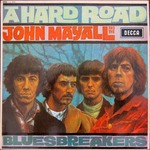 Johnny Cash plays to 2,000 inmates at Folsom State Prison, Folsom, California, USA. Although it is far from his first show at a prison (he'd been playing for inmates since the Texas Prison Rodeo at Huntsville in 1956) it will become his most famous, sometimes described as "the single most important day in the career" of Johnny Cash. The performance will be released as Johnny Cash At Folsom Prison. Also on the bill are Carl Perkins and The Statler Brothers. The band's van and possessions are searched as they enter the prison but evidently none too thoroughly, as Cash is known to have used amphetamines to help energise his performance at the show. The visiting entourage also includes Los Angeles Times writer Robert Hilburn and photographer Jim Marshall, who were paid to document the album for the liner notes. Cash opens the performance with Folsom Prison Blues.
PermaLink
Read More

The rock musical Your Own Thing premieres at The Orpheum Theatre, New York City, USA, where it will run for 937 performances.
PermaLink

The T+A Rhythm And Blues Band plays the second of two nights at The New Orleans House, Berkeley, San Francisco, California, USA, supported by Marvin Gardens.
PermaLink
◄ ►
It is reported that Columbia Records led the race for Gold Disc Awards in the USA during 1967, achieving fifteen album certifications from the R.I.A.A. in the USA. Capitol Records led the singles awards with five certifications.
PermaLink 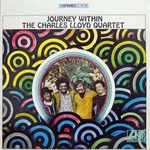 Quicksilver Messenger Service, Kaleidoscope and Charley Musselwhite play the second of three nights at The Avalon Ballroom, San Francisco, California, USA.
PermaLink
Slim Whitman records Rainbows Are Back In Style and How Could I Not Love You in Nashville, Tennessee, USA.
PermaLink
◄ ►
Dusty Springfield, Janis Ian and The Dudley Moore Trio are the musical guests on tonight's edition of The Rolf Harris Show on BBC1-tv in the UK.
PermaLink 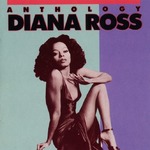 Berry Gordy Sr and his wife Bertha (parents of Motown founder Berry Gordy) celebrate their fiftieth wedding anniversary by re-affirming their vows at the Bethel A.M.E church in Detroit, Michigan, USA. Diana Ross is among the guests.
PermaLink 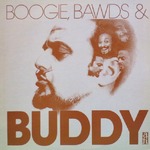 Buddy Charles And His Trio are playing at The Winner's Circle, Chicago. Illinois, USA.
PermaLink
◄ ►
The Top Ten albums in the UK on this date are as follows : 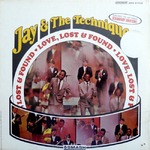 On a tour to promote their second Smash Records LP, Love Lost And Found, Jay And The Techniques play in San Diego, California, USA.
PermaLink

It is reported that New Jersey band The Critters are suing their former record company, Kama Sutra, in the New York State Supreme Court for $750,000, claiming that the label has released some of the group's old demo recordings as finished discs, without obtaining permission to do so.
PermaLink
The highest new entry in the Cash Box magazine chart of the best-selling singles in the USA, is Sunday Mornin' by Spanky And Our Gang entering at No69.
PermaLink
◄ ►
Researcher Dr K.C.Pollock of the University Of Florida, Gainesville, Florida, USA, publishes his findings that the volume of noise generated at rock'n'roll concerts can injure teenage eardrums.
PermaLink
◄ ►
Gordon Lightfoot plays in the Waterloo Lutheran University Theatre Auditorium, Waterloo, Ontario.
PermaLink

Tim Hardin plays at the Whisky-A-Go-Go, Los Angeles, California, USA.
PermaLink
Foxy Lady by The Jimi Hendrix Experience hits its US chart peak of No67.
PermaLink
Read More
◄ ►
Herman's Hermits and Allan Sherman are the musical guests on tonight's edition of The Simon Dee Show on BBC-1 tv in the UK.
PermaLink

The Manchester Guardian reports that seventeen year old ex-public schoolboy Richard Branson hopes to become "the voice of youth." His first venture is to edit and publish a new magazine called Student.
PermaLink