The stage musical She Loves Me with music by Jerry Bock and lyrics by Sheldon Harnick is playing at The Eugene O'Neill Theatre, Broadway, New York City, USA, during a run of 301 performances.
PermaLink

The Squires, including singer-guitarist Neil Young, play at Towers Town And Country, Winnipeg, Canada.
PermaLink
Johnny Rivers' cover version of the Chuck Berry composition Maybelline is given its first airplay on WKNR Radio in Detroit, Michigan, USA.
PermaLink
Tennessee Ernie Ford plays at The State Fair Coliseum, Indianapolis, Indiana, USA.
PermaLink
Loretta Lynn gives birth to twin daughters, Peggy And Patsy, in Hurricane Mills, Tennessee, USA. They will find success as country duo The Lynns.
PermaLink
Long John Baldry and the Hoochie Coochie Men play at The Marquee, Soho, London, UK.
PermaLink
Jazz keyboardist and filmscore composer Jack Wilson plays the second of two nights with his big band at The Lindy Opera House, Hollywood, Los Angeles, California, USA.
PermaLink
Jazz trombone virtuoso Kai Winding records Cool Water, Dang Me, I Walk The Line and other tracks in Nashville, Tennessee, USA, for his album Modern Country.
PermaLink
The Graham Bond Organisation records Wade In The Water for Decca Records in London, UK. The band at this point includes bassist Jack Bruce and drummer Ginger Baker, both of whom will later play for Cream.
PermaLink
Robert Mason is born in New York City, USA. he will find success as a heavy rock vocalist with bands including Lynch Mob, Cry of Love and Warrant.
PermaLink
The Erroll Garner Trio records I'll Get By and It's Only A Paper Moon, for MGM Records in New York City, USA.
PermaLink
Religious organisations often claim that on this day the US magazine The Saturday Evening Post quotes The Beatles' press officer Derek Taylor as saying, "They're [The Beatles] completely anti-Christ. I mean, I am anti-Christ as well, but they're so anti-Christ they shock me which isn't an easy thing." However, there was no edition of Saturday Evening Post on this date, because it was a Thursday. An article about The Beatles by Al Aronowitz, did appear on the 8th August, but as far as can be ascertained, the Derek Taylor quote does not appear in that article.
PermaLink 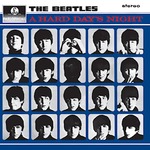 The Dexter Gordon Quartet do a live radio broadcast from Jazzhus Montmartre, Copenhagen, Denmark, Europe.
PermaLink
Buck Owens And His Buckaroos play the first night of a week at The Golden Nugget, Las Vegas, Nevada, USA.
PermaLink
Judy Garland records the Lionel Bart compositions Maggie, Maggie May and There's Only One Union in London, UK. The tracks will appear on her EP Judy Garland Sings Maggie May.
PermaLink
The Crying Game by Dave Berry enters the UK Singles Chart where it will peak at No5. Session guitarists on the track are Jimmy Page, later to find global success with LedZeppelin, and the estimable Big Jim Sullivan.
PermaLink
Elvis Presley sends out a mimeographed letter to fans in the USA who have written to him. The letter reads, "My latest picture which I have just completed, titled Girl Happy and the picture before, titled Roustabout will be released sometime this fall. I sincerely hope that you will like them. My latest picture now released which is Viva Las Vegas is doing very good all over the Country. This makes me very happy and I do appreciate such wonderful fans as you who keep my records and movies going. For every minute that I am working on a picture or recording a record I am constantly thinking of the people all over the world who will see my movies and hear my records. It makes me want to work that much harder and try to improve my acting and singing because after all it is the public I am trying to please."
PermaLink
Johnny Cash plays in Caspar, Wyoming, USA.
PermaLink
The Milt Jackson Quintet records Blues For Juanita, Big George and other tracks at Van Gelder Studio, Englewood Cliffs, New Jersey, USA.
PermaLink
The Who, billed as The High Numbers, play at The White Hart, Southall, West London, UK.
PermaLink
The Beach Boys play at The Convention Center, Las Vegas, Nevada, USA.
PermaLink

The Yardbirds, with Eric Clapton on guitar, play at The Queens Hall, Barnstaple, UK.
PermaLink
.. Next ..