Musical comedy The Girl From Kay's is playing at The Apollo Theatre, London, England, UK, Europe, during a lengthy run.
PermaLink
Frank Sylvano records My Song Of The Niles, Sleepy Valley, The Moonlight March and Song Of Siberia for Vocalion Records at the Merchandise Mart studios in Chicago, Illinois, USA.
PermaLink
The musical revue New Faces Of 1952, is presented at The Royale Theatre, Broadway, New York City, USA, during a run of 365 performances. The revue is perhaps best remembered because it features Eartha Kitt making her Broadway debut with the spectacular song, Monotonous, based on real events in her life.
PermaLink 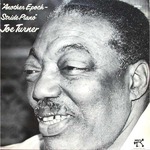 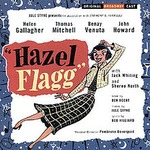 The musical Hazel Flagg, with music by Jule Styne and lyrics by Bob Hilliard, is playing at The Mark Hellinger Theatre, New York City, USA, during a run of 190 performances.
PermaLink

The musical comedy Wonderful Town, starring Rosalind Russell, is playing at The Winter Garden Theatre, Broadway, New York City, USA, during a run of 559 performances.
PermaLink
Bill Haley begins a legal suit against his former label, Essex Records, to prevent them releasing material he recorded before his huge success with Decca.
PermaLink
The Coasters sing Yakety Yak on daily US pop show American Bandstand.
PermaLink
Connie Francis releases a new single, My Heart Has A Mind Of Its Own, in the USA.
PermaLink

UK pop hitmaker Anthony Newley is playing in a one-man show, Stop The World I Want To Get Off, at Queen's Theatre, London, England, UK, Europe, which runs for 485 performances.
PermaLink

Sonny And Cher make a public appearance at the 100 Club, London, England, during a UK promotional visit.
PermaLink

The Dexter Gordon Quartet play at Jazzhus Montmartre, Copenhagen, Denmark, Europe.
PermaLink
The hit single Wooly Bully by Sam The Sham And The Pharaohs is awarded a Gold Disc by the R.I.A.A. in the USA.
PermaLink
The Beatles' new single, Help!, hits No1 in the UK, where it will remain for three weeks.
PermaLink
Read More

The Righteous Brothers are playing during a month-long engagement at The Sands, Las Vegas, Nevada, USA.
PermaLink
◄ ►
Nico (backed by Jackson Browne on guitar) plays at Stanley's in the basement of The Dom, New York City, USA, supported by Tim Buckley.
PermaLink
Read More 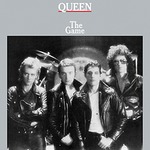 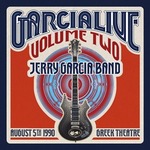 The Warner Music Group reports a total revenue of $652m for the quarter year ended on June 30, 2010, which represents a 16% drop from the prior-year quarter.
PermaLink 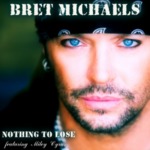 When Bret Michaels and his band arrive to play a show at The Market Block Party, Syracuse Regional Market, Syracuse, New York State, USA, they discover that the event has been unexpectedly cancelled. As a result, Michaels will file a $5m lawsuit in the U.S. District Court, New York City, USA, against concert promoters Michael Banks and Aloha Events for breach of contract and exposure to public contempt.
PermaLink 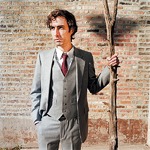 Jah Wobble and the Nippon Dub Ensemble come to the end of a UK tour at the O2 Academy2, Liverpool, England.
PermaLink
On their Ceremonials tour, Florence And The Machine play at Lollapalooza, Grant Park, Chicago, Illinois, USA.
PermaLink 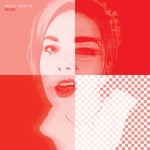 Mozart's Sister (aka Caila Thompson-Hannant) releases her debut album, Being, on Asthmatic Kitty Records in the USA.
PermaLink
Read More 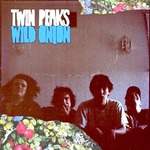 It is revealed during a hearing at the Crown Court, Leeds, England, UK, Europe, that disgraced former Lostprophets singer Ian Watkins hid a three inch long white GTSTAR mobile phone inside his anus so prison officers at HMP Wakefield wouldn't find it. He agreed to give up the phone in order to be allowed to meet with his mother.
PermaLink