UK tv show Crackerjack features a live appearance by Brian Poole And The Tremeloes.
PermaLink
The Moody Blues play at the Casino Club, Walsall, Birmingham, UK.
PermaLink
A new Aston Martin DB5 is delivered to George Harrison of The Beatles at his Kinfauns estate, Claremount Park, Surrey, UK. The delivery is made by Brydor Cars, a company owned by the band's manager Brian Epstein.
PermaLink
Frank Ifield plays the fifth of six nights at The Odeon, Birmingham, UK.
PermaLink
Gerry And The Pacemakers, The Hollies, Cliff Bennet and the Rebel Rousers, The Fourmost, Tommy Quickly, The Rustiks, The Remo Four and Danny Williams appear in the seventh night of Gerry's Christmas Cracker at The Odeon, Liverpool, UK.
PermaLink
The Iveys play at the Langland Court Hotel, Swansea, South Wales, U.K.
PermaLink

The Who play at The Britannia Pier Theatre, Great Yarmouth, UK.
PermaLink

Don Drummond, saxophonist with influential ska/reggae band The Skatalites, is arrested for the murder of his girlfriend, the exotic dancer Marguerita Mahfood, who has been found dead of multiple stab wounds in Drummond's home in Jamaica.
PermaLink
It is reported in UK pop paper the NME that the US Government's Labor Department is now refusing to grant H-1 visas - the work permit needed for US tours - to British groups.
PermaLink
Read More

Parlophone Records in the UK releases a new single, Sing A Song Of Beatles, on which music publisher Dick James sings a medley of songs composed by The Beatles.
PermaLink
Accordian player Sonny Brogan dies. Brogan was one of Ireland's most popular traditional musicians and recording artists from the 1930s until the 1960s.
PermaLink

Billy Fury releases a new single, I'm Lost Without You, in the UK on Decca Records.
PermaLink
1. UK pop newspaper the NME [New Musical Express] publishes its table of chart success for the preceding year, in which 30 points are awarded for a No1 hit, 29 for a No2 and so on down to one point for a No30.
Artist Points
1. The Beatles 1232
2. The Bachelors 1035
3. The Rolling Stones 1005
4. Jim Reeves 958
5. Roy Orbison 824
6. The Searchers 749
7. Cliff Richard 747
8. Manfred Mann 676
9. Cilla Black. 618
10. The Hollies 610
PermaLink
R'n'b group The Lykes Of Witch play at The Market Tavern, Bradford, UK.
PermaLink
Polydor acquires rights to the MGM-Verve catalogue for France, where it will score notable successes with a host of jazz albums by artists including Ella Fitzgerald, Stan Getz, Astrud Gilberto, Jimmy Smith and guitar virtuoso Wes Montgomery.
PermaLink
The Crickets record Now Hear This, in Norman Petty Studios, Clovis, New Mexico, USA, for Liberty Records.
PermaLink
The Zombies, The Shangri-Las, The Nashville Teens, The Shirelles and others play the eighth of ten days of shows at The Brooklyn Fox, New York City, USA.
PermaLink 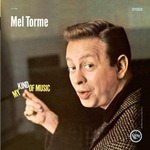 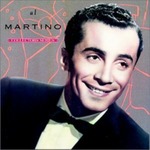 The Supremes are playing during ten days at the Café Pompeii in the Eden Roc Hotel, Miami, Florida, USA.
PermaLink 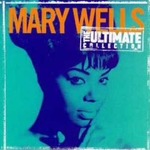 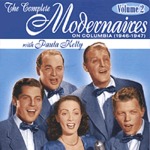 The Modernaires are playing during nine days at The Imperial Room of the Royal York, Toronto, Ontario, Canada.
PermaLink
.. Next ..